Simply Petrifying :: A Beer-Gut Reaction to Leslie Kardos' The Man Who Turned to Stone (1957) 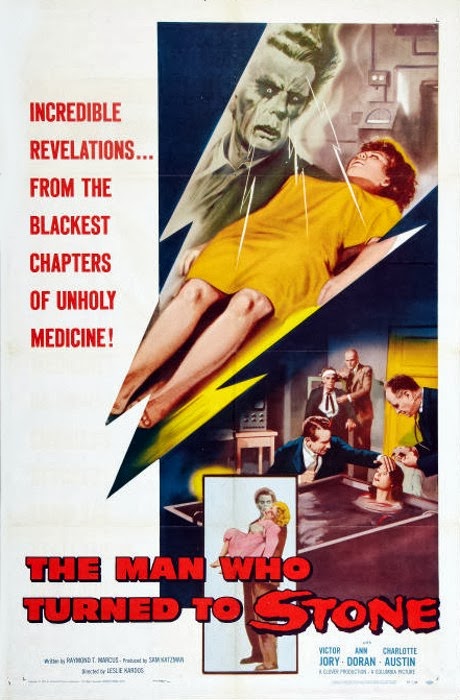 Sensing there's something odd about the sudden spike in the mortality rate of her charges, a crusading social worker (Austin) at a girl's reformatory investigates the insidious rumors several of the petrified inmates have confided as to who, how and why, and tries to get to the bottom of things. Stone-walled at every turn by the quartet of doctors (Jory, Doran, Lynn, Varconi), who run the place with a stern hand and a one man brute squad (Ledebur), she manages to raise enough of a stink to warrant an outside investigator (William Hudson, in an odd-year movie, so he's a good guy this round), and together, they uncover the startling truth. 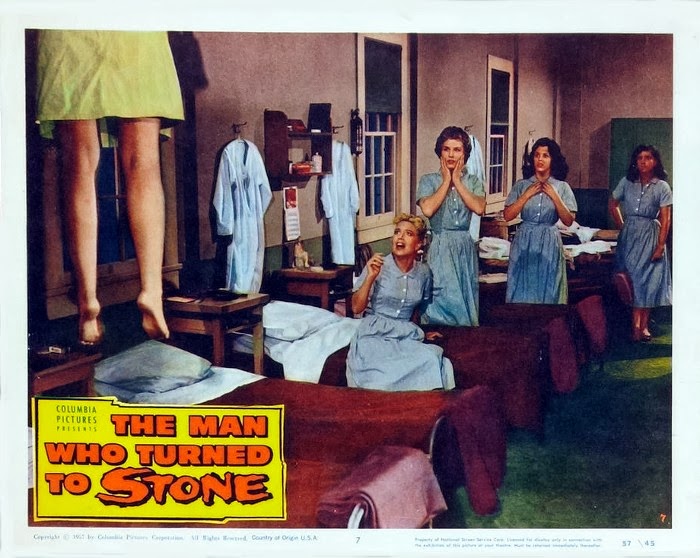 Seems the reformatory was the perfect cover for these doctors, who discovered the secret of immortality back in the 1880s that involves an unwilling donor (preferably female, in her prime child-bearing years, 'natch) dumped in a bathtub, whose life energies are then drained and transferred by some dubious galvanic methods, recharging the batteries on these century old quacks -- for if they don't, their bodies will slowly petrify and expire. 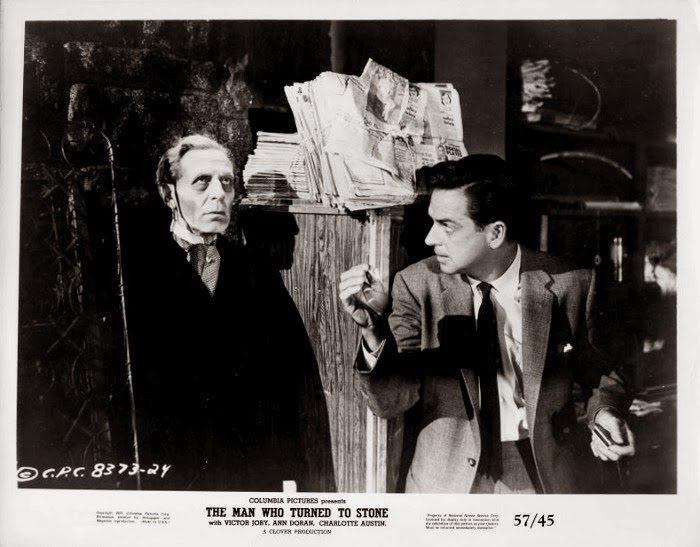 Here, things really hit the fan and start to unravel when this process doesn't seem to work as well as it used to, requiring more frequent re-charges and more dead bodies that need to be explained away. Luckily, our hero manages to deduce what's going on and throws a big old monkey-wrench into this dastardliness before our heroine takes a permanent bath. 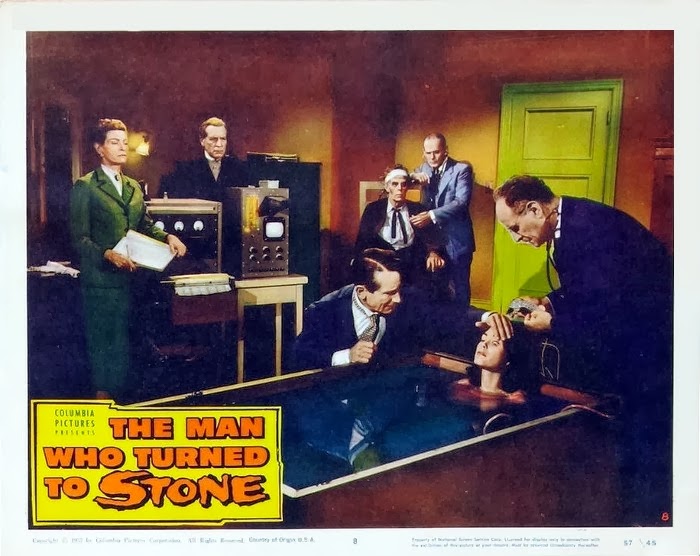 An odd mash-up of old school mad-science, a juvenile delinquency melodrama, and a women in prison flick, The Man Who Turned to Stone comes courtesy of Benard Gordon, who, after being blacklisted, eked out a living writing this kind of sci-fi whiz-bangery for producer Sam Katzman under a parade of false names (Earth vs. the Flying Saucers, Zombies of Mora Tau). And just like all those other Katzman flicks of the 1950s, this movie is a rollicking -- if a slightly hair-brained --  good time.

Posters for The Man Who Turned to Stone at the Archive.

Newspaper ads for The Man Who Turned to Stone at the Morgue. 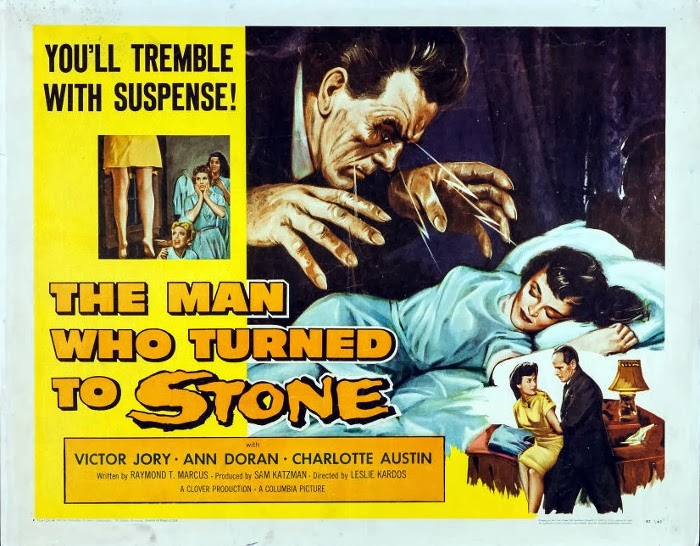