Trailer Park :: Up Bluff Creek Without a Paddle in Bobcat Goldthwait's Willow Creek (2013) 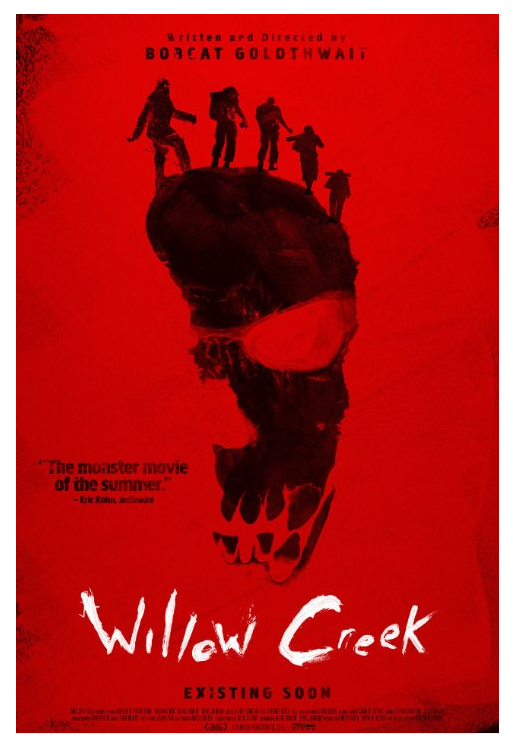 When an amateur Bigfoot enthusiast cons his girlfriend into a weekend expedition into the California wilderness, hoping to retrace the trail that Roger Patterson and Bob Gimlin took back in 1967, which netted them the most infamous 30 seconds of footage since the Zapruder film, this cryptid-rom-com quickly loses the rom and the com, squashed flat by whatever else is lurking in the woods around them, leaving the audience to decide who is really stalking who.

Though Willow Creek (2013) doesn't really break any new ground in the Found Footage Horror genre, Bobcat Goldthwait (yes, THAT Bobcat Goldthwait) and his limited cast walk a fine line but, in the end, overachieve, rather deftly, despite the inherent limitations of this kind of first person shooter, resulting in an extremely effective chiller. 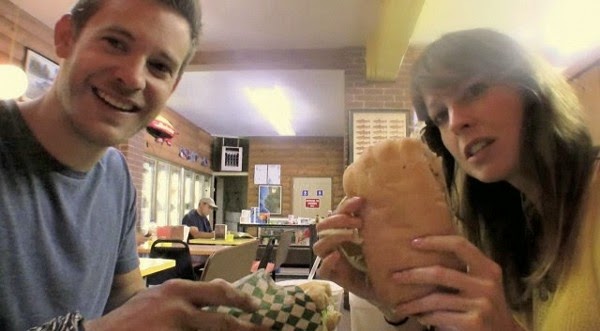 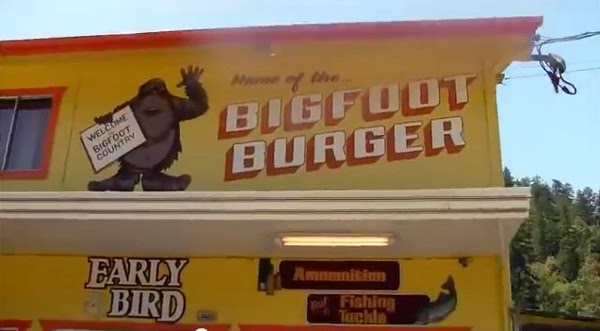 He's an earnest believer, but kind of an idiot (Johnson). She's adorable, but also skeptical and a bit of a buzzkill (Gilmore). And with a camcorder rolling the whole way, this couple grind through some or their relationship issues while making their way through the usual Sasquatch tourist traps first, then ignore several warnings to stay away from Willow Creek (where the Patterson film was shot) -- some sincere (due to their lack of experience in the woods), others sinister ("Go back and have some pie at the F@ck Off Cafe"), and head out into Six Rivers National Forest where a night of terror awaits as the couple huddles inside their tent as some thing circles ever closer. 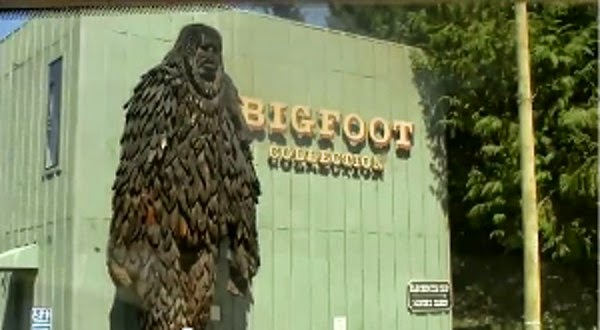 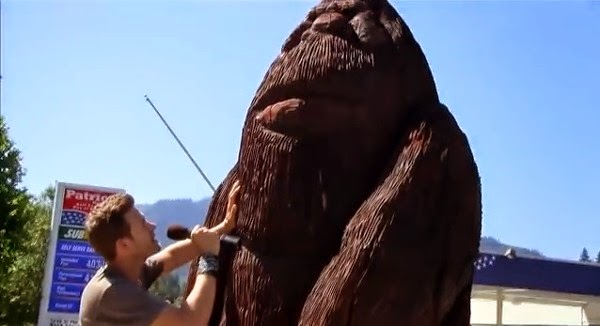 Is it the locals screwing with them? Is it a bear? Or is it the ever elusive cryptid? I won't spoil it, but the final resolution was AH-mazing. And kinda hilarious. 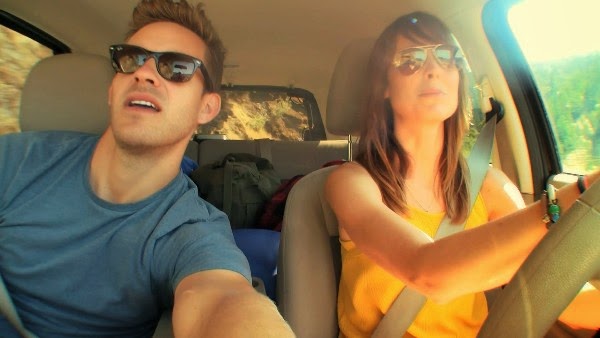 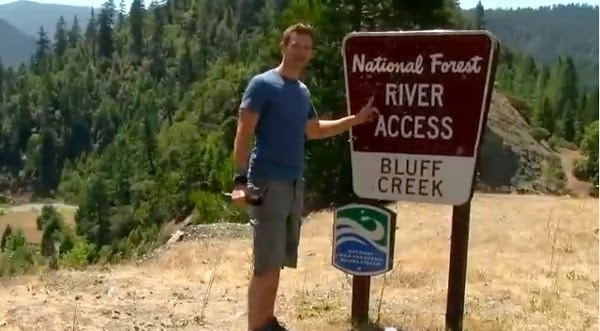 Always the provocateur, Goldthwait has been very hit and miss with me. His flicks are very subversive and darkly twisted, and I found folks either buy into what he's selling or reject them completely. Personally, I dug the hell out of Shakes the Clown (1991), his debut, and feel World's Greatest Dad (2009) is one of the greatest black comedies ever made. God Bless America (2011), however, was a big portentous pile of crap. So much so, I was a little hesitant on this one. However, the siren call of the Sasquatch cannot be ignored.  And while it would've been easy for Goldthwait to shred this fringe subculture, instead, there seems to be some respect for it. 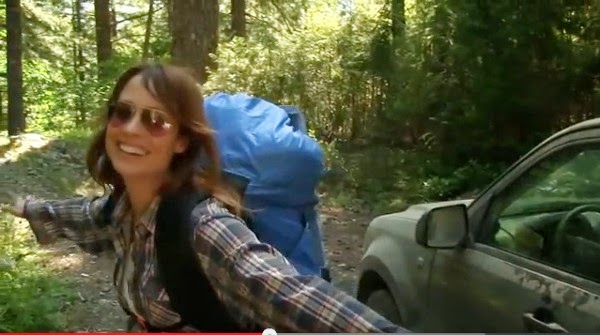 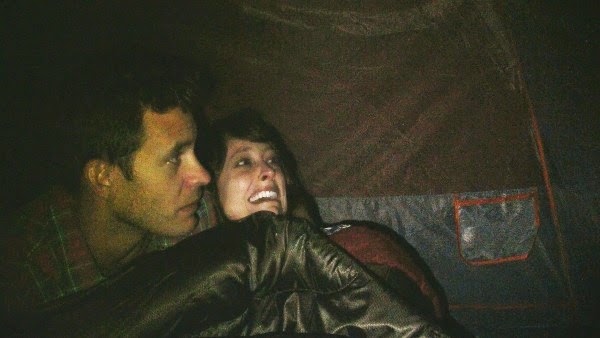 Fair warning: there a couple of make or break sequences in Willow Creek, where, one, you get on board with this couple and find them either endearing or annoying (kudos to Gilmore and Johnson for making them a believable combination of both); and two, when you realize the filmmaker has been holding the same static shot for nearly twenty minutes while the characters (and the audience) just sit, frozen, and listen to what's going on outside the tent in the darkness. And whether you find that creepy or tedious, or brazen or idiotic, will go a long, long way on your personal assessment of the film. For me it worked, making Willow Creek a morbidly good time and highly recommended. 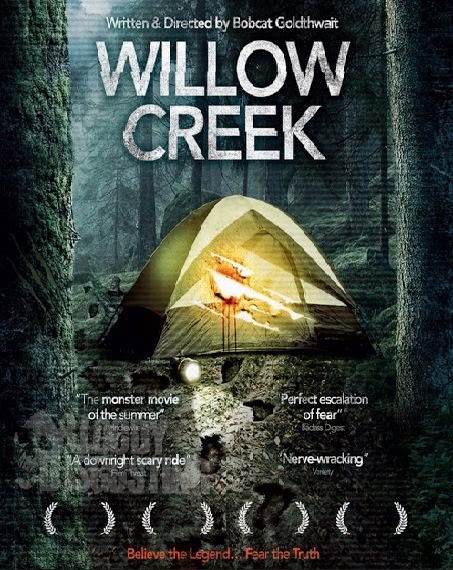