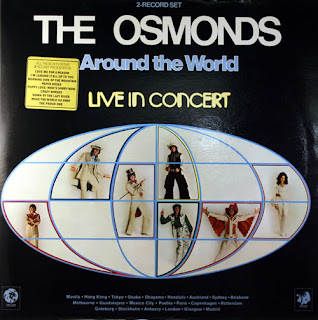 I had the distinct pleasure of seeing the Osmonds as part of that world tour when it landed them at the Nebraska State Fair and, if memory serves, they all wore those same outfits and played that song, meaning I have seen that live, explaining that short, brief period when I wanted to be Jay Osmond when I grew up. (Pretty sure it was the hat.) 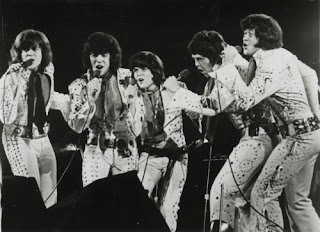 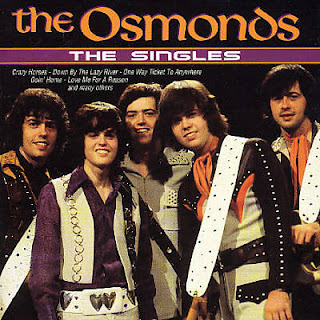 Email ThisBlogThis!Share to TwitterShare to FacebookShare to Pinterest
Labels: 1970-1979, Rock and Roll, The Osmonds, Vintage Tuneage