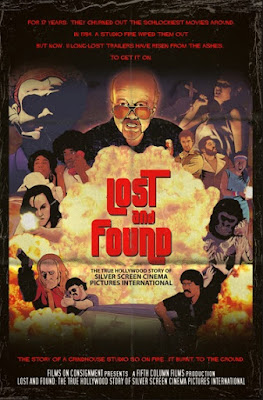 A highly amusing look at a faux mini-movie mogul in the Al Adamson vein, Lost and Found: The True Hollywood Story of Silver Screen Cinema Pictures International (2017) is a mockumentary framed around the notion that this schlock auteurs' entire catalog of films were consumed in a warehouse fire, and so, were considered to be lost forever. (And whether this fire was an accident or arson is up the viewer.) 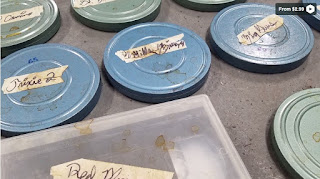 Thus, the only evidence of their existence is about a half-dozen recently unearthed trailers for knock-off films like Alien Acid Beach Party, Big Guns, Hell Camino, and Black Thunder -- all based on whatever genre was popular in exploitation at the time of production as this career retrospective for 'Morris Carlisle' plays out from the late 1960s to the mid-1980s. And all films are worse than terrible. 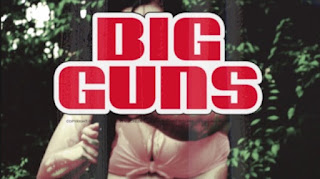 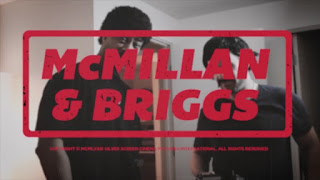 A lot of familiar faces in the online B-Movie scene add their two cents in the doc, propping up Carlisle and his films with a hodge-podge of other real life notorious films, filmmakers, and production stories. And much to my surprise, even I got involved a little bit in the production, albeit indirectly, as several ads I posted over at the Morgue showed up in the film, slightly tweaked, to show the SSCPI product playing at the Conestoga 4 and the old Island Twin Drive-In. 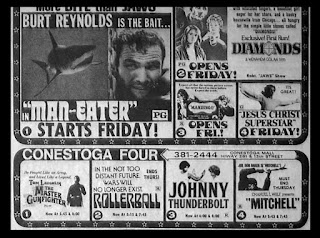 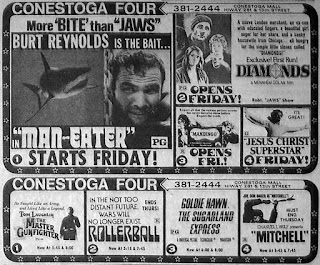 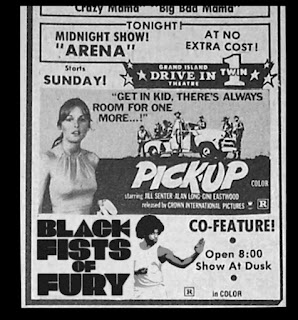 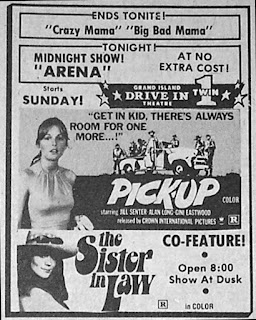 No credit, though. Alas! Anyway. The whole thing is delightfully goofy. And if you're a fan of this kind of stuff, you will probably enjoy it, too. And between you and me, I would love to see the trailer for Hell Camino expanded into a feature film. 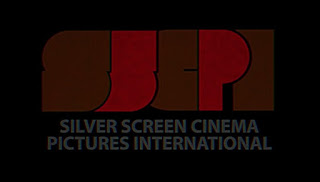