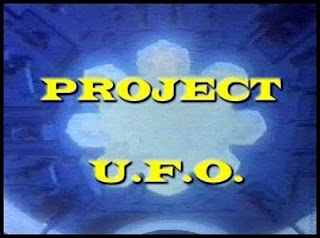 Though I had always remembered it under its alternate title, Project Bluebook, one of Jack Webb's last Mark VII Ltd. productions, Project U.F.O., has finally resurfaced on YouTube! Kind of a mash-up of Dragnet's sardonic dryness with the truth/untruth of The X-Files, the series followed two Air Force investigators as they hopped around the country looking to either corroborate or debunk any sightings or strange phenomenon. And like his police procedurals, Webb based each episode on actual cases from the Air Force's files on unidentified flying objects, better known at the time as Project Bluebook. 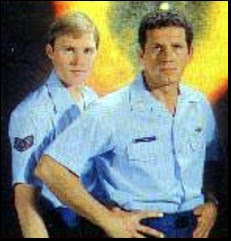 When I revisited the first few episodes after some thirty years I was struck by how well the F/X, though grounded in the time of its production, held up. But what really struck me was how the show was structured to let the audience see what the witnesses were seeing, meaning actual bona fide flying saucers, only to then tell us that that's not what we saw at all and the witness was either crazy or mistaken. That's a bit of a cheat, and though I don't think that's what Webb had intended, unless the aliens were Communists, this approach gives the whole investigative angle a bit of an insidious, conspiratorial twinge to hide the truth that we are not alone.

The show lasted for two seasons and 26 episodes. And hopefully, we'll see a legitimate DVD release of the whole shebang someday. Until then, here's a link to get you started to the first episode, The Washington DC Incident, that appears to be loosely based on the controversial 1948 case of Captain Thomas. F. Mantell, who was allegedly shot down by a UFO near Godman Army Air Field at Fort Knox, Kentucky. 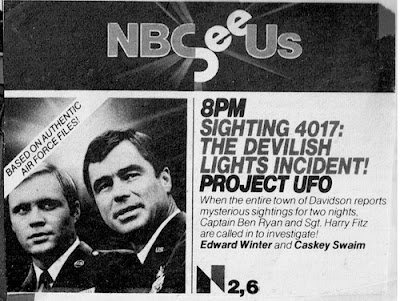