Boob Tube'n :: So This Happened. 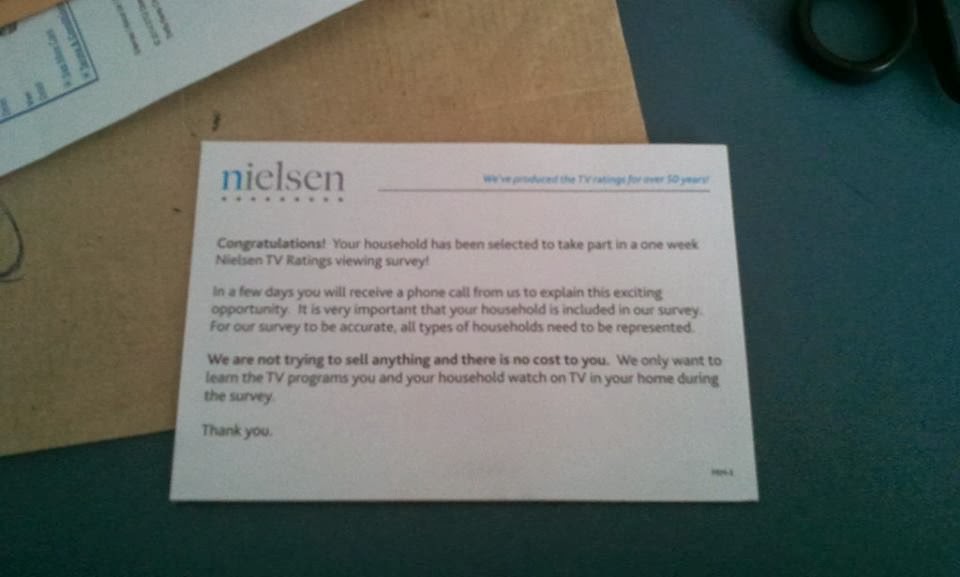 Yeah, in perhaps the most hilarious anniversary present a guy could get, the arrival of this survey notification did, indeed, land in my mailbox one calendar year after I made the call to Direct TV and officially cut the signal for good. There was a notion of investing in an antennae but as weeks became months, it soon became apparent that I neither needed it or was missing anything. I will admit this whole 'Net Neutrality' thing has me a bit nervous but, for now, I am satisfied with what I fork over for Netflix, Hulu, YouTube, Amazon Prime, and the Warner Archive, then pay double the money for the two channels I actually watched on cable -- when they weren't double-dipping and playing infomercials, 'natch.
Posted by W.B. Kelso at 2:43 PM