Netflix'd :: Clearing Out the Instant Que :: Budd Boetticher's The Killer is Loose (1956) 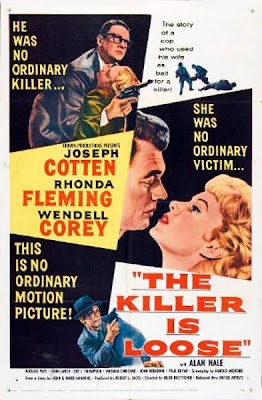 Right before Budd Boetticher teamed up with Randolph Scott for Seven Men from Now, setting them on a seven film odyssey that helped define and redefine both of their careers, the director with a history of throwing nosy studio execs off of his sets by the scruff of their necks and the back of their belts ramrodded a crackerjack crime programmer for producer Robert Jacks and Crown Productions called The Killer is Loose. 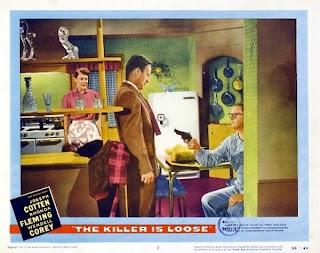 Boetticher broke into the industry as a technical adviser for Tyrone Power, teaching him how to be a matador, something he'd mastered while living in Mexico, for the film, Blood and Sand. Paying attention to what went on behind the camera and in the editing room, Boetticher soon found himself in the director's chair, where he developed a deceptively simple style that was brutish, bleak and always to the point. His big break came when John Wayne asked him to direct The Bullfighter and the Lady for the famed actor's Batjac Productions -- where, according to legend, on the first day of filming the novice director had the balls to kick the Duke of the set for interfering with his set-ups. (However, Wayne would have the last word when the film was drastically re-edited before release.) And after a less than friendly run at Universal, where he helped cement Glenn Ford's career, but held no patience for the rigid studio system, Boetticher was soon out of a job. Enter Robert Jacks... 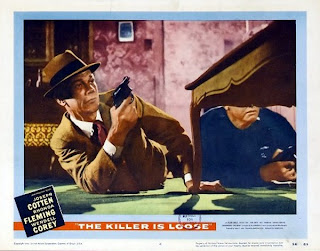 Story wise, The Killer is Loose is probably nothing you haven't seen before as the plot is fairly simple: When Leon Poole (Corey), a twitchy bank-teller, turns out to be the inside man in a robbery, he holes up in his apartment and refuses to surrender to the police. In the resulting shoot-out, his wife is accidentally killed in the crossfire before he's apprehended -- with Poole surrendering quietly as he attends to her body in a truly skin-crawling scene. After being convicted and sentenced, Poole swears that some day he'll get even with Detective Sam Wagner (Cotten), who pulled the trigger. Sure enough, several years later, the convict engineers his escape and, with a promise to keep, Poole heads back to his old stomping grounds. But his goal is not to kill Wagner. No. His goal is to make him suffer as he has suffered -- by murdering Wagner's wife! 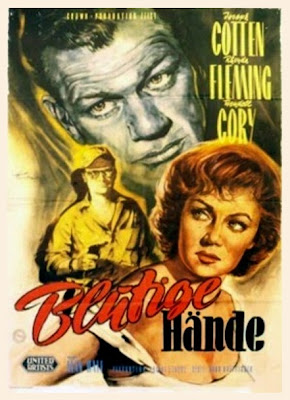 Sure, there's also a standard subplot about Wagner's wife, Lila (Fleming), not wanting to be detective's widow, begging him to quit his job before something like this happens. And, of course, his efforts to protect her backfire and, actually, leaves her more vulnerable to this violent sociopath. But, that's just background noise and will do nothing to distract you from the main action. Wendell Corey is absolutely mesmerizing as Poole, playing him as a slow, deliberate, and stone-faced cipher that makes his sudden eruptions of violence both more startling and, somehow, more believable. As for our main couple, Boetticher once more butted heads with his star, Rhonda Fleming, to tone down the glamour -- she was playing a cop's wife, after all. She reluctantly agreed, and would later thank him for his efforts and allowing her to act beyond her usual trappings. Cotten is as solid as ever, and it won't take sharp eyes to recognize B-movie stalwarts Alan Hale Jr., Michael Pate and William Hudson as part of Wagner's goon squad 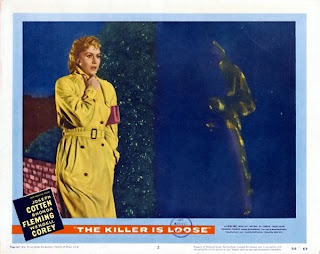 Scripted by John and Ward Hawkins, the film really feels like an extended episode of one of those gritty TV crime dramas of the late 1950's, which would make sense since the Hawkins brothers wrote for almost all of them. Behind the camera, Lucien Ballard's fluid and voyeuristic lens always seem to be perfectly placed to heighten Boetticher's unflinching intentions. (Ballard, of course, would go on to infamy in a series of westerns with Sam Peckinpah.) And together, in just fifteen shooting days, they all produced a tight little thriller that you all need to see. 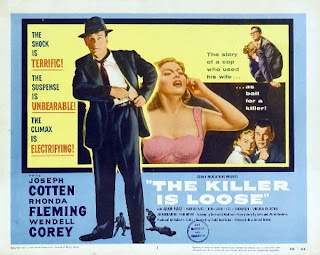