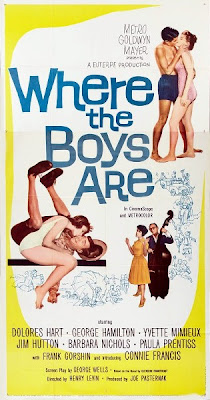 "Gentlemen, the city of Fort Lauderdale is once again under fire from the north. We've survived it before and I reckon we're gonna survive it again. To you newly installed officers on the force, I'd like to give you a little rundown on what to expect. Expect anything. Anything and everything 'cause that's what you're gonna get. Now, Fort Lauderdale is not the only city to be invaded at this time. In Palm Springs and in Newport, from the beaches of the Mid-Atlantic to the snows of Colorado, the students of America are gathering to celebrate the rites of spring. And, if you pardon a pun, you've got that right. They're our future voters, they're citizens of our country, and they're our responsibility. But how the hell to handle them, that's a different manner. Now these kids didn't come down here to break the law. They'll break it for sure, but that's not their main objective. And remember that they are our guests. So, I want every man on the force to try his best, his level best, to try to avoid arresting anyone. I know that this going to take great will power but try. And, above all, preserve your sense of humor. Cause you're gonna need it if you want to survive."

If someone drew a triangle using the bubble-gum pop of Gidget and the knee-deep cheese of the Frankie and Annette Beach Party movies as the base angles, and the steamy melodrama of A Summer Place as the apex angle, and then after adding a little geometry to this triangulum, I think we'd find another coming of age flick set against the backdrop of sand and surf right smack in the middle: Where the Boys Are. 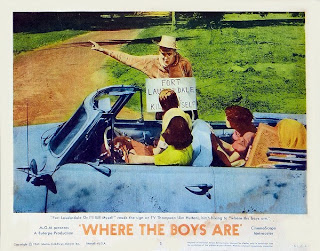 Set in the spring of 1960, as 20,000 college students prepare to descend upon his town, the Ft. Lauderdale police chief (Wills) briefs his men on their upcoming war against "higher education." Meanwhile, four anxious co-eds from a winter-socked mid-western college start their own pilgrimage south, to where the boys outnumber the girls 3 to 1. Good odds for these gals, each with their own goal: 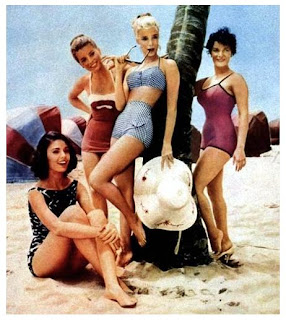 Too tall Tuggle (Prentiss) is on the hunt for a husband, preferably one she can look in the eye without bending her knees both figuratively and literally. Melanie (Mimieux) also has her sights set high, wanting to notch a couple of Ivy Leaguers on her soon to be discarded chastity belt. And while the pugnacious Angie (Francis) will settle for just about anything, Merritt (Hart) isn't really sure what she's looking for, if anything at all, really, romantically speaking. 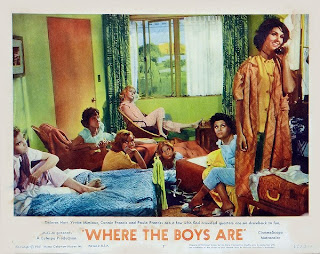 The film then follows them through the entire week of Spring Break, as the girls go from one bizarre locale to the next, taking in the sun, the suds and the scenery. Along the way, Tuggle falls for the lanky TV Thompson (Hutton), and Angie finds romance with Basil, a myopic bass player (Gorshin), whose experimental combo-band pays the audience to listen to them, dig? The brainy Merrit also finds her match with Ryder Smith (an eerily untanned Hamilton), as they hurl intellectual barbs at one another over the "Stud / Slut Dichotomy" to keep him at arms length, allowing the reluctant Merritt to ease into the relationship. 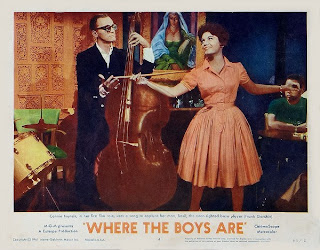 And as TV's police-band radio constantly updates us on the collegiate shenanigans erupting around them (-- a favorite being a live shark reported in a hotel swimming pool), the couples schmooze, snog, bicker over commitments, fight, break up, make up, snog some more, culminating in climactic calamity at a fancy dinner at a fancy seafood restaurant, where the whole gang winds up in a giant aquarium with the showcase aquabat.

"Why do they (college kids) come to Florida? Physically to get a tan. Also, they are pooped. Many have mono. Psychologically, to get away. And besides, what else is there to do except go home (for spring break) and further foul up the parent-child relationship? Biologically, they come to Florida to check the talent. You've seen those movie travelogues of the beaches on the Pribilof Islands where the seals tool in once a year to pair off and reproduce. The beach at Lauderdale has a similar function. Not that reproduction occurs, of course, but when you attract thousands of kids to one place there is apt to be a smattering of sexual activity." 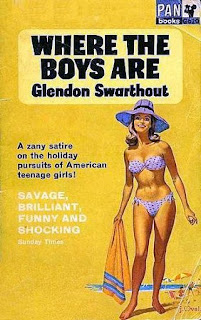 Author Glendon Swarthout had a steady career writing novels about people going on a journey. They Came to Cordura focused on Pershing's expedition into Mexico to hunt down Poncho Villa, for one example. Another, The Shootist, focused on the end of the journey for aging gunslinger, J.B. Books. But his most famous stories usually added a coming of age factor, with the likes of Bless the Beasts and the Children and his wildly popular Where the Boys Are, a "zany satire on the holiday pursuits of the American teenage girl," which provided the first ever insider look into the annual Spring Break invasion of Florida. 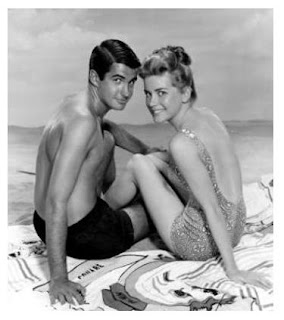 All those books I've mentioned were adapted to the big screen, too, obviously. First published in 1960, MGM quickly turned it around and made a tidy sum off their tiny budget. However, one should point out that George Wells' screenplay only covers the first half of the book, as the second gets even zanier with the radicalization of the group as they raise money to buy guns, with every intention to smuggle them into Cuba to help Uncle Fidel and the Fuller Brush Beard Brigade's revolution.

No, the film adaptation is more concerned with another revolution. And while Where the Boys Are definitely has the wholesome 1950's sheen on the surface (-- beginning with Francis' infectious theme song), down below it makes no bones about poking the taboo of premarital S-E-X right in the eye with a very sharp stick.

From the opening scene, Merritt is duking it out with her college professor over the elder's archaic views of sex and the dating habits of the young American female. But as the film plays out, Merritt has some major issues over the practice of what she's preaching. To make matters worse, the overly naive Melanie has taken her friend's Kinsey-backed advice to heart. And while the film's overall tone is comedic, it can also be downright brutal at times, with poor Melanie usually taking the brunt of it, serving as an abject lesson for the others when she's suckered to a private motel party by a couple of no-goodniks posing as Yale students. When she finally susses out the ruse and tries to leave, it's too late. What happens next is only implied, but there is no mistaking the devastating final result once the hotel door slams shut. 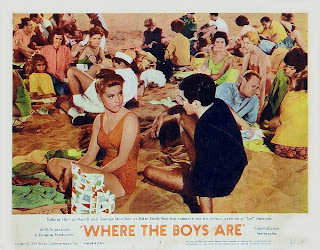 The other girl's relationship problems pale in comparison, but they are the bumps along the way just the same. TV wants to knock-boots with Tuggle but she's determined to wait until she's married. TV takes the hint, and the specter of a long term commitment frightens him off. And knowing that once Spring Break is over means the probable end of their relationship, a conflicted Merritt's hot and cold act is wearing awfully thin with Ryder, resulting in a similar nasty spat. And then things get really twisted when everyone's relationships are saved or cemented as a direct result of Melanie's sexual assault.

Which is why I'm just as conflicted about my feelings for Where the Boys Are. On the surface, I could almost enjoy it unconditionally -- almost. Because underneath, it's mixed message of saying sex is OK but the only one who actively engages in it winds up raped, brutalized and in the hospital is a pretty twisted way to moralize away it's all fun and games until somebody gets hurt. And, well, I kinda have a problem making all of that compute while trying to laugh at an aquarium full of goofballs. 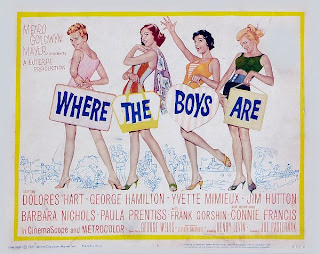