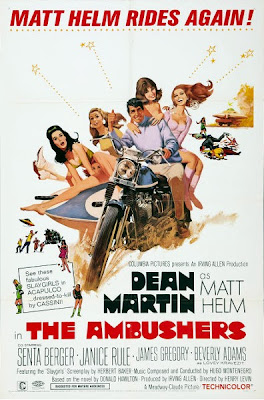 Wow. Has it really been over six months since I last tinkered with this marathon? That, my friends, is a lot of Red Tape or something. Anyhoo, due to somebody's procrastinating and a running headstart at celebrating the pending New Year, the regular writer of this retrospective has, well, kinda disappeared for a weekend bender. Fear not, faithful readers, both of you, OPERATION: 00-Oddballs marches right along thanks to the timely intervention of long time reader, and even longer time friend, Endless Dave Hudson. 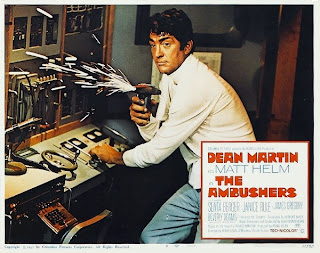 And m'man has drawn a plum assignment, dissecting one of Dean Martin's Matt Helm films. And though this series of spoofs isn't exactly what author Donald Hamilton envisioned with his pulp novel spy hero, it did help cement Martin as one of the Kings of Cool in my book. 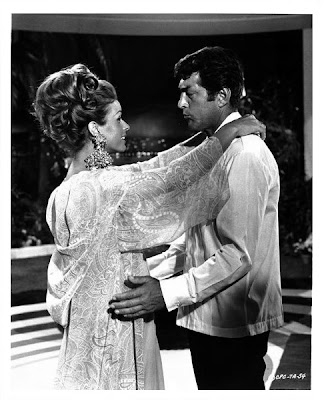 The Ambushers, says Dave, was the third of four Matt Helm spy films starring the preternaturally-loose, turtle-neck-clad Dean Martin. While Martin was capable of excellent dramatic work (more on this later), this movie is best seen while in a state of relaxation just short of coma. Don’t expect its 101 minutes to make much sense, for the location footage to match the sound stage shots or for anyone involved to try particularly hard. Not trying hard was Dean Martin’s prime charm, after all. If it bothers you, have another drink fer Christ’s sake. It’s what Dino would do... 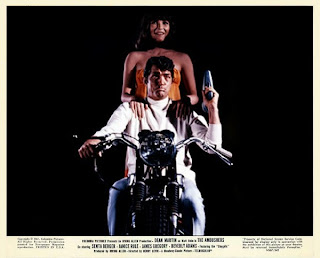 And to read the rest of the review, click on over for a full debriefing on our terminally overdue third installment of our OPERATION: 00-Oddballs spy-spoof retrospective.

Full film review of The Ambushers at 3B Theater.

Newspaper ads for The Ambushers at the Archive.

Poster campaign for The Ambushers at the Archive.

Hey pallie, likes 'though it tooks us a ton of time to find this post, we are most appreciative of your efforts in the cause of our Dino. Never was, never will be anyone as cool as the King of Cool....oh, to return to the days when Dino walked the earth! Know that your huge homage is bein' shared this very day with all the pallies gathered 'round ilovedinomartin.