Recommendations :: What I've Been Watching, and so Should You -- Or not. 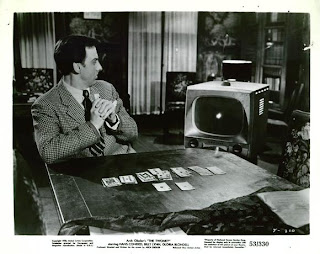 So, finally saw The Twonky, which could have been an inspired take on Harvey that, alas, falls into the untapped potential pile due to Arch Oboler's penchant for telling and not showing, a problem that plagued the former radio guru, meaning too many long and annoying dialogue plot dumps to explain away the sentient TV's origin and motivations that just keep derailing the film's momentum, never allowing it to get on track properly. Recommendation: Unless it's a Holy Grail for you, like it was for me, one could probably just tune this one out. 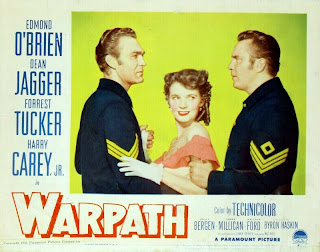 Set against the backdrop of Custer's Last Stand, Warpath is a sordid tale of vengeance as a man tracks down and kills the three men who murdered his fiance -- if the Sioux don't beat him to it, that is, leading to a delightful hour-and-a-half or so of some brutal massacres and Edmond O'Brien and Forrest Tucker butting heads. Recommendation: Forward, YO! 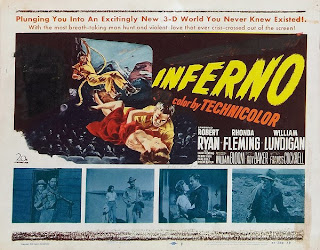 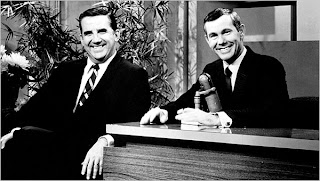 Johnny Carson: The King of Late Night is a documentary so fantastic I can't get my head around it properly so I'll just note two things. One, there's a generation of folks out there now who don't know what they missed, and two, and I didn't think this was possible, but, I [expletive deleted]ing hate Jay Leno even MORE now. Recommendation: You don't have to be Karnak the Magnificent to know the answer to that. 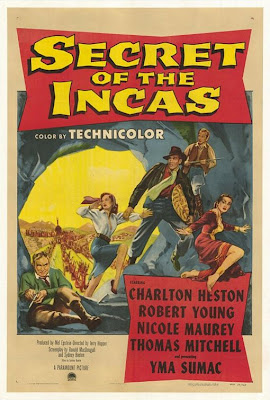 A little research into Secret of the Incas will quickly unearth more than a few claims that Lucas and Spielberg unashamedly stole the plot and characters for Raiders of the Lost Ark from it wholesale. Um, no. Aside from some tangential wardrobe similarities, and a lost treasure angle, the true secret of this flick is that it's excruciatingly dull and lackluster affair with the Heston at his churlish worst, an asinine love-triangle, inexplicable wardrobe stains, and several bone-numbing musical interludes that were so bad I feared my face was gonna melt of like Toht's as the Incan high priestess warbled on and on like drowning cat one minute and Satchmo the next. And now I fear I've made the film out to be more interesting than it really is. *sigh* Recommendation: Don't look at the film, Marion. 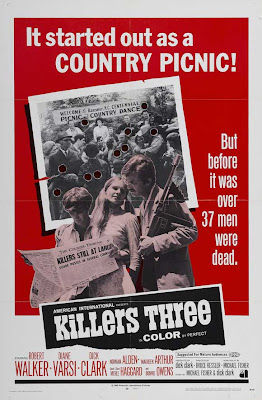 A tad maudlin, and guilty of degenerate misuse of balladeer Merle Hagard, both onscreen and off, but buoyed by an unexpectedly great "method" performance from Dick Clark (yes, that Dick Clark) as an alkie war vet, this cornpone Bonnie and Clyde knock-off had no business being that good. Recommendation: Your mileage may vary.
Posted by W.B. Kelso at 3:29 PM