Operation: 00-Oddballs :: Peter Lorre and Jimmy Bond Tortures Us All to the Edge of Madness! 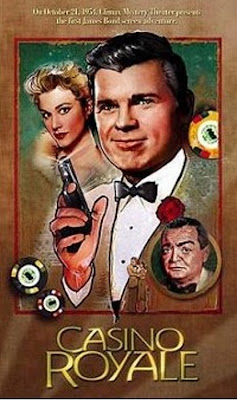 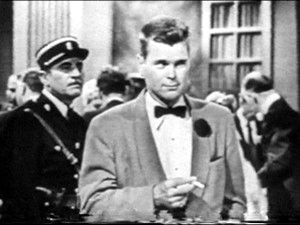 No. Seriously. Lemme explain. You see, back in 1954 Plymouth Motors sponsored CBS' Climax! Mystery Theater, an hour-long anthology series which ran from '54 to 1958. The Casino Royale adaptation came early in the show's run, the third episode, according to most sources, premiering on October 21st of that inaugural year. Other adaptations included Sorry, Wrong Number, Fear Strikes Out, Gore Vidal's take on Dr. Jekyll and Mr. Hyde, and Raymond Chandler's The Long Goodbye. 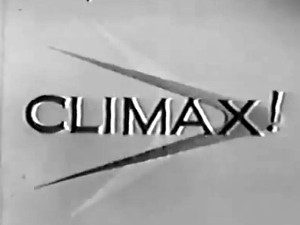 CBS paid author Ian Fleming $1000 for the rights to adapt his first James Bond novel of the same name. To condense the novel to the show's limited format, scriptwriters Anthony Ellis and Charles Bennet were forced to strip it down to the bare bones and one setting. They also made Bond an American agent working for some combined intelligence agency with the other NATO countries. And once you adjust to the notion of an American Bond, the square-jawed Nelson isn't all that terrible. Honest. Meantime, Linda Christian makes a fine and feisty femme fatale. But it's Peter Lorre who anchors the whole thing and runs away with it as the villain of the piece. I absolutely adore this man and he's fantastic here as the giggling and sadistic Le Chiffre, especially when he gets to say lines like "We will torture you to the edge of madness!" 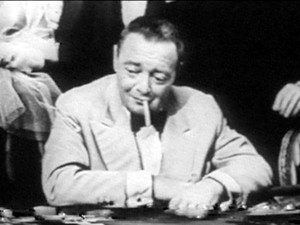 Now, remember, this was the 1950's and live TV, meaning no matter how much you plan ahead and rehearse, once the lights go on and the camera start rolling what you see is what you get no matter what happens or goes awry. And though there were few technical gaffes (-- including an Urban Legend inspiring mix-up we help debunk), one cannot help but boggle at the magnitude of what they were trying to pull off. Believe me, I know, having worked in live television. And believe me, you know I'm gonna tell you all about THAT in the review, too. No. No. It's relevant. Trust me. 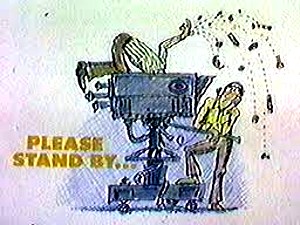 Thought to be lost forever, a kinescope containing the majority of the broadcast was found in 1981 by film historian Jim Schoenberger, except for the ending. Luckily, the missing pieces were eventually found and the whole thing was pieced back together. And luckier still, the 1954 version of Casino Royale is available for all to see as a bonus feature on MGM's DVD for the 1967 version -- or you can a full debriefing on Casino Royale, the final entry in our Operation: 00-Oddballs Spy Spoof Retrospective, over at 3B Theater. 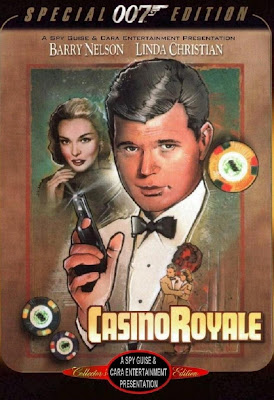