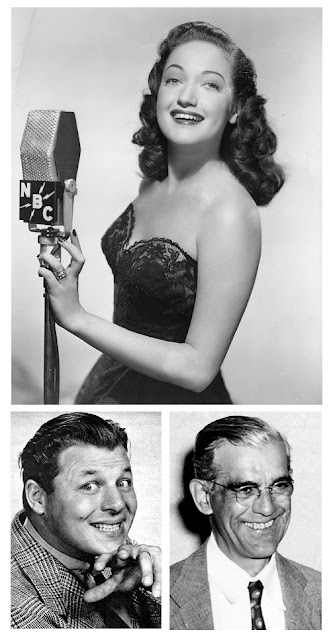 The Sealtest Variety Theater was a musical and comedy radio program hosted by Dorothy Lamour that aired on Thursday nights for NBC from 1946-1949. Sponsored by Sealtest Dairy Products (mostly Ice Cream), each episode Lamour would sing the audience a couple of songs and perform sketches with her guest-stars of the week. Here, for the Halloween (1948) episode, Lamour welcomes Jack Carson and Boris Karloff for a few tricks and treats:

There's several episodes streaming on YouTube and a bunch more available for free download at the Internet Archive. I've managed to get through about eight episodes so far and they're all just great. Lamour is a warm and welcoming presence with a hideously infectious laugh -- and since the sketches were pretty funny and tended to train-wreck she gets to laugh a lot. There's one particular viking sketch with Bob Hope that went off the rails so badly I thought my sides were gonna split open, and another with Abbott and Costello where Costello loses his place in the script and -- waitaminute. Why am I telling you about this? Just go and listen for yourselves. Trust me. And with that, we'll let Ms. Lamour sign us off: 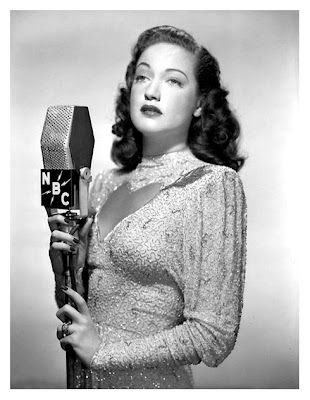 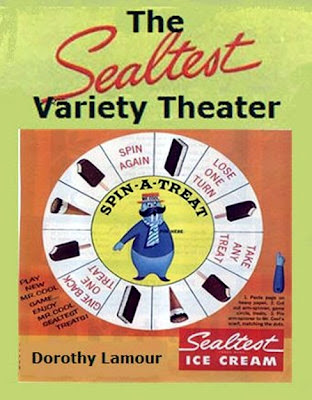 Awesome. I'm going to listen to these! I've been on a radio kick since Ivan at Thrilling Days of Yesteryear got me some OTR CD sets, and these shows look terrific.

Dewwwww eeeeet. I've listed to about a dozen now. Some are better than others but there isn't a real clunker in the bunch. Again, highly recommend the Charles Laughton, Bob Hope and Dan Duryea episodes.