The Lost Art of Ballyhoo :: Amazing Lobby Displays, Publicity Stunts and Promotional Campaigns for Eugène Lourié's The Beast from 20,000 Fathoms (1953) 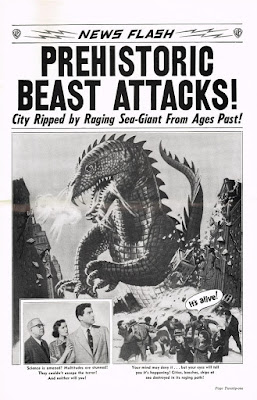 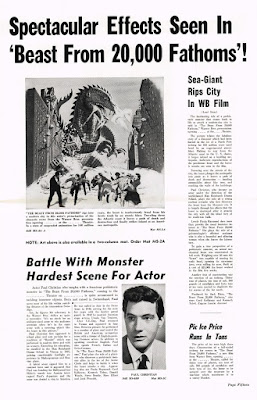 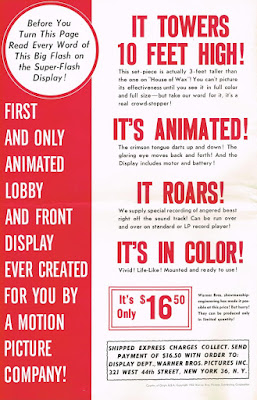 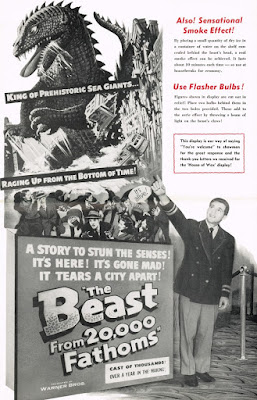 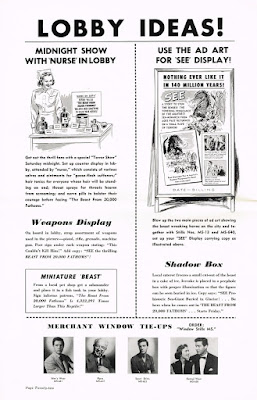 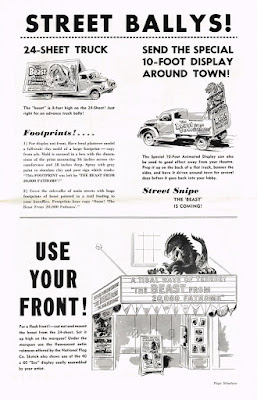 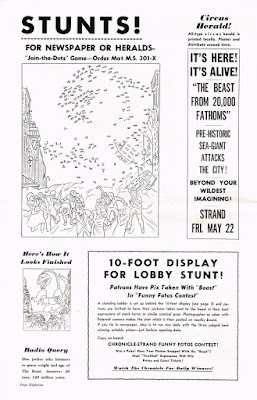 Seminal is such a great word that's thrown around a lot when talking about film but I wonder if people realize that the root of the word comes from semen; ya know -- sperm, seed, source of life and all that. When relating it to film, we're talking about the originators of the species: films that spawned sequels, imitators and countless copycats. And The Beast from 20000 Fathoms (1953) definitely fits that bill, and in a lot more ways than you'd think both onscreen and off, triggering an avalanche of independent productions looking to cash-in of various sizes and budgets. Would you like to know more? Then follow the linkage below. (Images courtesy of the indispensable Zombo's Closet.)

Poster campaign for Beast from 20,000 Fathoms at the Archive.

Newspaper ads for Beast from 20,000 Fathoms at the Morgue. 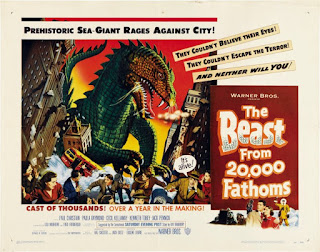