Operation: 00-OddBalls :: Getting to the Root of the Diabolical Dilema Over My Dastardly Dislike of Danger: Diabolik! 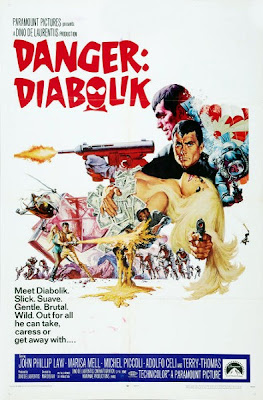 Written by the sibling tandem of Angela and Luciana Giussoni and initially drawn by Gino Marchesi, the Diabolik fumetti (-- the Italian term for comic books) was first published in November, 1962. As the legend goes, sister Angela lived near a busy train station in their native Milan and noticed how much reading the passengers did on their lengthy commutes, especially the paperbacks. Now, Angela had a brief career as a model before marrying Gino Sansoni, who then took a position in Sansoni's publishing firm. And while observing all those commuters, Angela hit upon the notion of creating a new fumetti using the same, smaller dimensions for the reader's convenience. As for what it should be about, depending on which story you believe, Angela either polled the commuters on what they liked to read most, with violent mysteries and steamy adventures winning out or she found an abandoned Fantômas novel on a train and took it as a sign of inspiration. 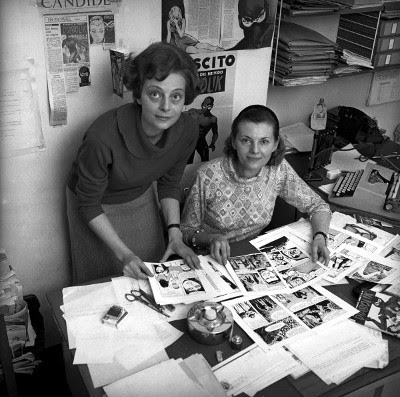 Angela and Luciana Giussoni
Fantômas was a devious master-criminal co-created by French writers Marcel Allain and Pierre Souverstre. And in typical grand guignol fashion, Allain and Souvestre's protagonist was one sadistic S.O.B. with definite sociopathic tendencies. He was a master of disguise, completely ruthless, and killed without qualm or mercy to achieve his own ends in 43 published adventures. 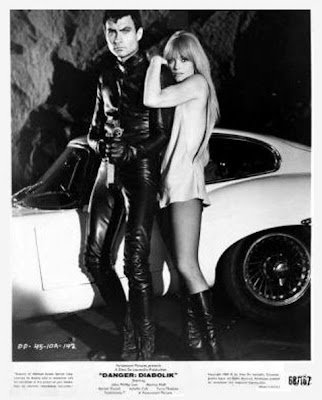 Despite this grisly modus operandi, Fantômas proved quite popular throughout Europe and inspired many imitators. And with another copycat character set, forming her own company, Astorina, Angela Giussoni bet the bank on this new publishing venture, beginning with the first issue, Ill Re del Terrore (The King of Terror). History proves that Giussoni's gamble paid off, big time, as the public voraciously ate up the intricate plots, protracted violence, and sizzling sensuality of Diabolik and kept coming back for more. E'yup, the series had legs and proved so popular famed Italian producer Dino de Laurentiis soon came calling about the possibility of a feature film adaptation. To direct, de Laurentiis picked Mario Bava, one of my favorite filmmakers of all time -- and I'm sure Bava crapped his pants when the producer gave him a budget of over three million dollars after making gold out of the few copper pennies spent on his previous features. 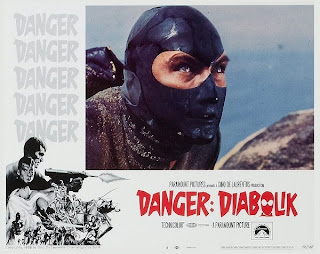 Teaming up with four other writers on the script, according to several sources, Bava's film version stays fairly true to the comic, too, with, let's face it, a moronically implausible plot of improbable and daring escapades, followed by even more impossible escapes that honestly work better in the panels of a comic -- or a spy movie, 'natch. But, honestly, the plot, characters, and character motivations are just a means to an end. The end being one of the most fantastical feasts of stunning visuals and incredible action set-pieces that almost carry the film into the win column for me. Almost. But not quite. 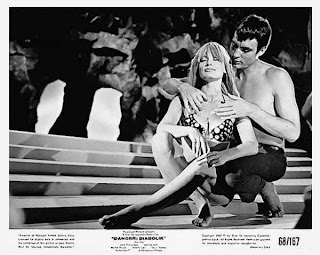 To find out why, check out our full film review of Danger: Diabolik over to 3B Theater for a complete debriefing on the second installment of our Five part Operation: 00-OddBalls spy-spoof retrospective. The rest of which we will be rolling out over the next few weeks. Stay tuned! 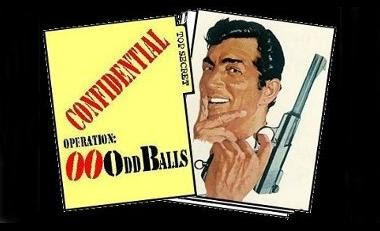 Full film review of Danger: Diabolik at 3B Theater.

The poster campaign for Danger: Diabolik at the Archive.
Alas, all efforts to find any print ads for this feature failed. 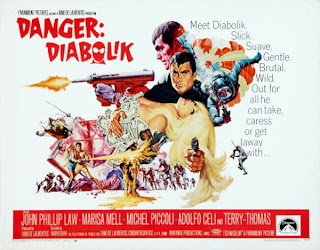