Recommendations :: What I've Been Streaming, And So Can You -- Very Soon, I Hope! 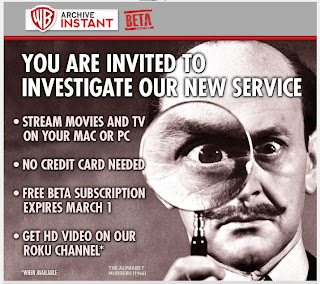 When word broke a few weeks ago that the Warner Archives was field-testing a streaming service for their film catalog, I immediately found the website in question, opened my wallet, removed what few bills of currency found therein and threw them at my computer monitor. I then went and found an envelope filled with some leftover Christmas cash ear-marked for a later trip and threw all of it at the monitor, too. Of course this didn't really work. (Dammit.) Seems an invite was needed to log into the site proper and actually use it. Undaunted, I registered-up for e-mail notifications of any further developments with the site, content and eager to (im)patiently wait and sign up when (and hopefully not if) the Archive went live -- if the price was right or relatively equivalent to what Netflix or Hulu charge a month. Anyways, imagine my surprise last weekend when I received the email pictured above? Woo! to the ever-lovin' Hoo! And ever since, I've been trying to carve out enough time to watch as many of these rarities and out of print items as humanly possible. Most were first time screenings, others I hadn't visited for way, way too long. So far, I've managed to get through these... 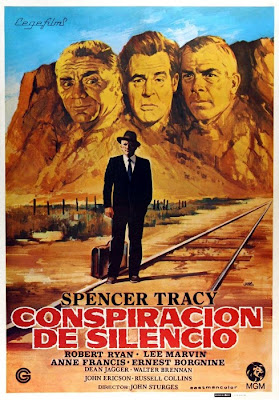 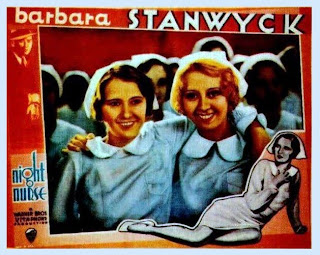 Stanwyck and Blondell in a William Wellman pre-code. Need I say more? Fine, Clark Gable's the villain. You're welcome. 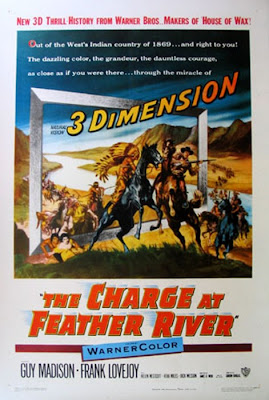 And lo, there came a Wilhelm, and he did scream, and it was good. But this film has a lot more to offer than that dubious claim to fame, including my favorite use of 3-D ever, when Frank Lovejoy horks several volleys of tobacco juice into the camera to fend of a rattlesnake. 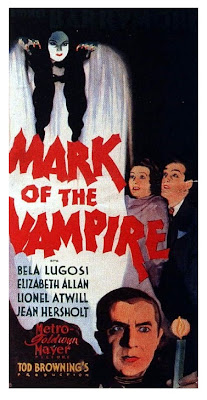 A little stodgier than I remembered, but still a demented good time. And honestly, Lugosi and Borland are little more than window-dressing as the film belongs to Lionel Barrymore. 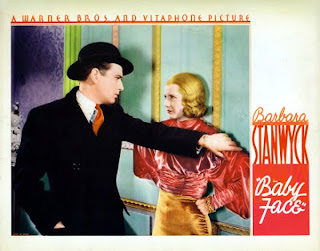 John Wayne and Dr. Van Helsing? In the same movie? We can have such things? Okay, okay, sure, they're only it for like 12 seconds, but Stanwyck plays such a magnificent, gloriously evil back-stabbing bitch that one can overlook the adapted screenplay nod to Freidrich Nietzsche. 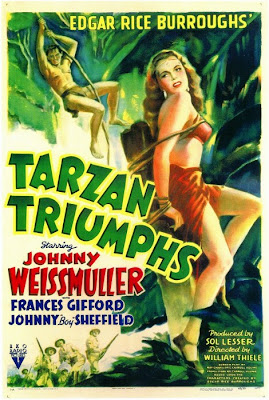 I don't think anything is more hysterical than watching a monkey constantly and consistently outwit a Nazi. And the final coda, where Cheetah takes over the radio and the Germans on the other end think he's Hitler is worth the price of a spin alone. 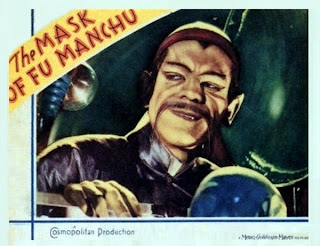 So much more to watch, so little time. Also, something else happened this month, too. I called DirectTV and cancelled my service. It all boiled down to not being able to justify the amount of the bill for the one (1) and only channel I watched. And though I shall miss TCM immensely, between Netflix, Amazon, Hulu and now the Warner Archive (and I have a feeling more studios will be following suit real soon), I can mix and match and make my own SuperStation with old movies and reruns on my terms with no damned infomercials. I thought it would be harder to make that call, but, nope, it was relatively easy. And now, if you'll excuse me, I've got some more movies to watch.

Wow, I hadn't even HEARD about this. I just signed up with my e-mail address to be notified of updates. Sounds fantastic.

My wife and I cancelled cable quite a while ago, and haven't looked back once. We have a digital antenna, which still gives us the local networks and some of the more obscure UHF-style stations (MeTV and Antenna TV, both of which are pretty damn good), and with HULU+ and Netflix, we've always got something to watch.

The few network shows that we do watch can be viewed on the network's webpage, too, if we happen to miss them when they first air and they aren't available on HULU.

I believe that the days of cable television, at least in the current format, are limited.

Yeah, the call to cut the cable for good was frighteningly easy. There's just too many cheaper online and streaming venues available to justify the bill for maybe two good channels, five decent channels and 220 channels of junk.

I know the Beta test on this expires on March 1st, so hopefully the site will go live shortly thereafter with even more content.