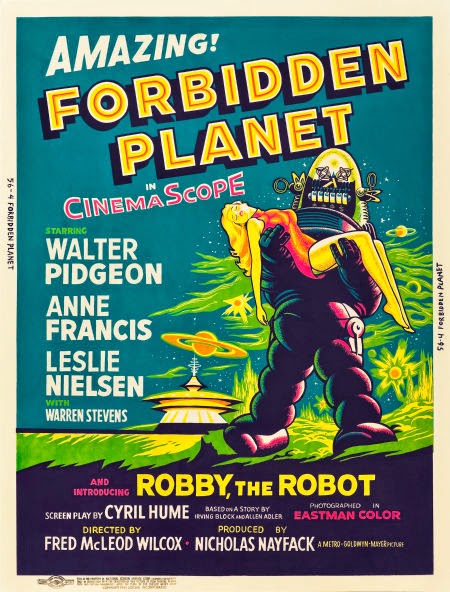 Since MGM had no animation department to realize the monster for their film, Forbidden Planet, they arranged a loan from Walt Disney in the form of Joshua Meador, who not only brought the terrifying Id Monster to life, he also did the laser beams, the C57D's braking repulsors, and various Krell doodads and power surges. Also kudos to Louis Barron and Bebe Barron on the electronica score, which mimics the creature's gait and preternatural breathing. I'm curious as to whether they created the monster's angry bellow as well? Anybody know for sure? And as a bonus feature, here, have awesome picture to color. 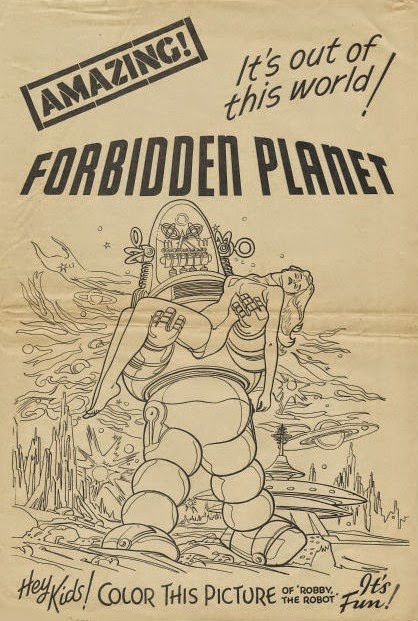