Recommendations :: What to Watch, What Not to Watch, and All Points In-Between! 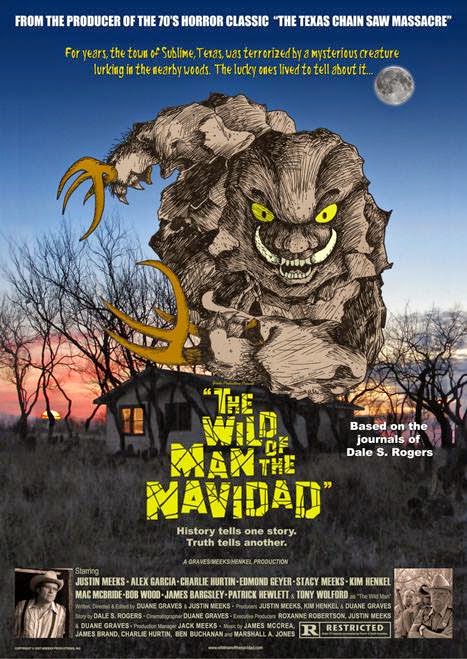 As we all know by now, I'm a sucker for any kind of Sasquatch Cinema, so when YouTube coughed up The Wild Man of the Navidad (2008) up I eagerly gave it a spin. After a fantastic opening credit crawl, that had me hearkening back to The Legend of Boggy Creek (1972), the film that followed kinda tripped and fell over my elevated expectations. It isn't the worst thing ever, by any means, but the film definitely loses its way after a local hayseed opens up his bottom lands for hunting to make some money to take care of his injured wife. From there, the film loses focus, concentrating on too many needless subplots (the constant molestation of the invalid wife by a hired hand definitely needs to go) and a pathological obsession with lingering shots of the squalor'd living conditions and bad teeth of the local yokels. Yeah, all of that junk draws way too much attention from the Bigfoot type creature (who looks like the yeti from Shriek of the Mutilated) currently running amok and buzz-sawing through most of the cast. The end result is a wildly uneven tale that could have been great but wound up a big old can of 'meh.' 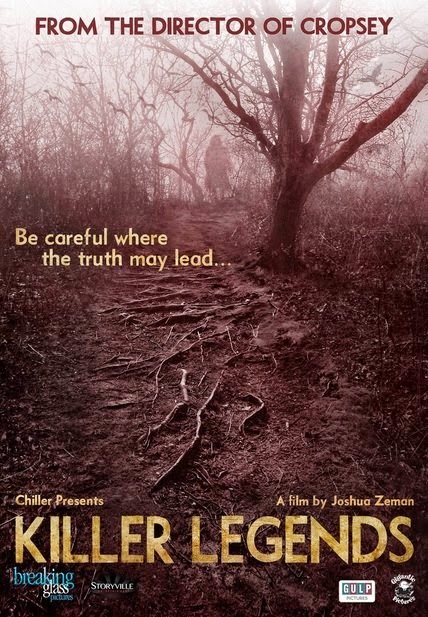 A follow up documentary to Joshua Zeman's Cropsey (2009), where they connect the disappearance of several local children to an old urban legend but further investigation leads to something more real and infinitely worse, here, our documentarians take on the origin of four more nefarious morality tales in Killer Legends (2014) and try to tie there inspiration to other true crime cases: lover's lane and the stainless steel hook they trace to the Texarkana moonlight murders; poisoned Halloween candy leads to a disturbing case in Texas; the babysitter unwittingly trapped in the house with a killer on the same phone ties to a harrowing Missouri incident where a teenager was raped and strangled while the cops helplessly listen in on an open line; and the final segment leads to Chicago, a hotbed of clowns in white vans sightings, who try to lure children to their doom, apparently, is linked to notorious serial killer, John Wayne Gacey. Well researched and well-executed, this study of social anxiety and mass-morbidity is both frank and fascinating and a tad unsettling. And the sad moral of this tale is: don't worry about the story, but beware the storyteller. Sorry this missed out on my best of 2014. Highly recommended. 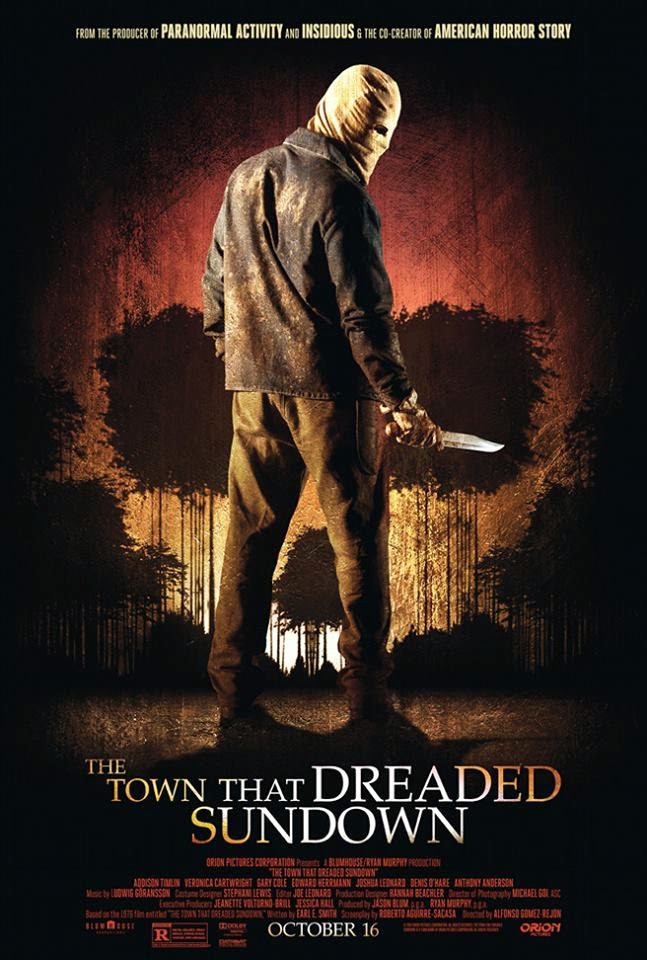 For several months back in 1946 the town of Texarkana was under siege by a masked killer, whose murder spree was never solved. In 1976, Charles B. Pierce made a movie based on these incidents that went on to become a sleeper hit with a massive cult following. Now, some forty years later, someone has decided the very same micropolitan border-town needs to pay for its sins of the past as the Phantom Killer stalks them all once again -- in particular, our prerequisite Final Girl, whom he charges with spreading his gospel of fear and digital blood spatter. If I could come up with one word to describe this sequel-remake-whatever, I think that word would be perfunctory. It's exactly what I thought it would be, rehashing most of the infamous bits from the other film (copycat murders, worthless cops), with a few intriguing twists. I enjoyed the meta-elements with Pierce's film and his 'son' playing an integral part of the plot. And like it's predecessor, it's very well shot and immersive in small town culture and accoutrements. Still, it's totally disposable cinema, and way, way, too late to cash in on the original, and, for heavens sake, when you have a perfectly reasonable suspect turn out to be the killer with a perfectly reasonable (-- if slightly ridiculous but it matches the folklore of the original case, honest --) motive do NOT piss it all away by throwing in an asinine late twist for the sake of an asinine late twist on the killer's I.D. Worth one spin and one spin only. 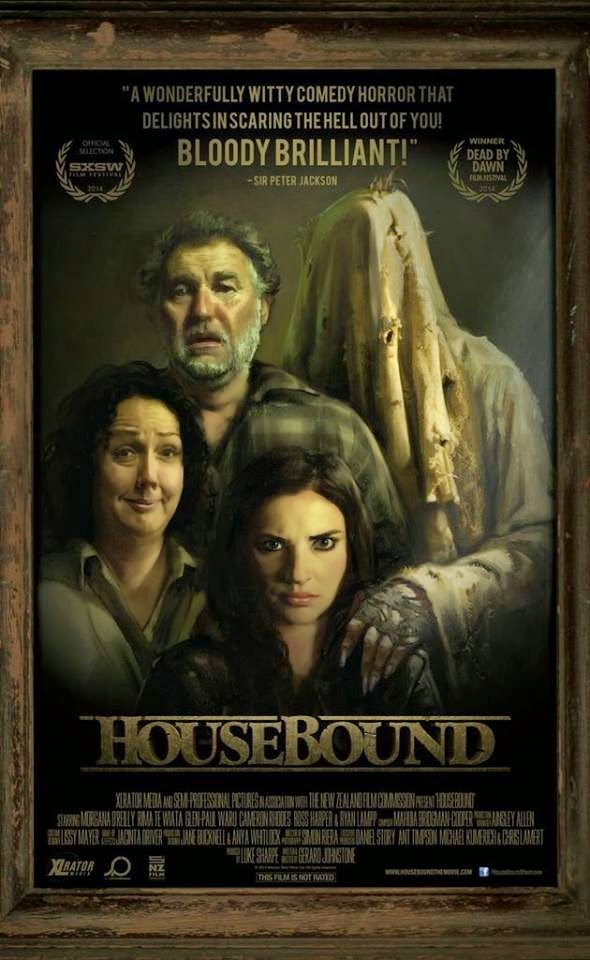 When a juvenile delinquent is given a last chance sentence of house arrest at her estranged mother's palatial abode, a house her mother claims is haunted, the recalcitrant and skeptical and ankle-braceleted daughter soon becomes the target of several supernatural manifestations in Housebound (2014). All of this leads to a deeper mystery concerning an unsolved murder that took place at the house before her folks took possession. To say much more would spoil too many twists the film righteously earned. (The biggest is quite hilarious.) The Australians are famous for fusing ferocity and humor in their genre films. Housebound is no different. Perhaps lost in the hubbub over The Babadook, another Down Under spookfest import that we'll get to in a minute, don't let this one slip under your radar. 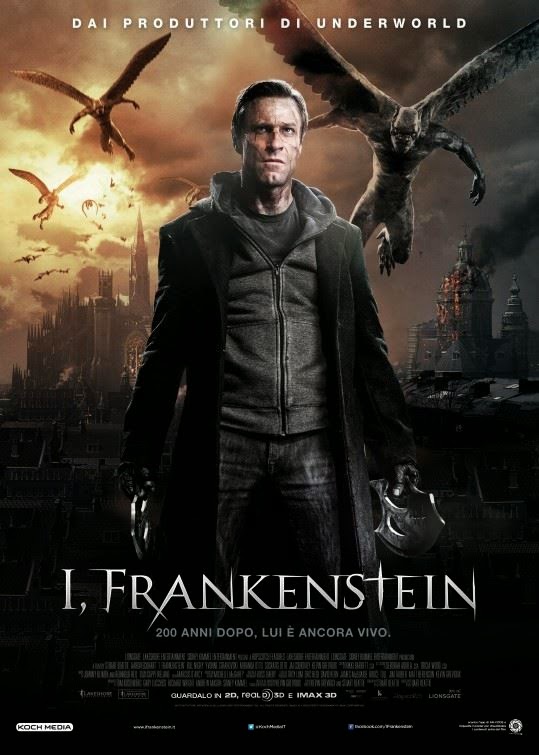 I had a pretty dour film-watching experience with I, Frankenstein (2014). For, as the war between the demons and gargoyles raged, with our Monster caught in the middle, and the human race mere collateral damage, every time they mentioned gargoyles, which they do, a lot, I belched out 'You mean grotesques' because they were and there was really nothing else to do. From the plot, to the setting, to the predictable execution, the film itself is rock-stupid but fairly harmless in its own stupidity -- and yet, by the end, my patience for such things was clearly at an end. I loves me some Aaron Eckhart but may I offer to all those tempted to watch this to watch Battle: Los Angeles instead? 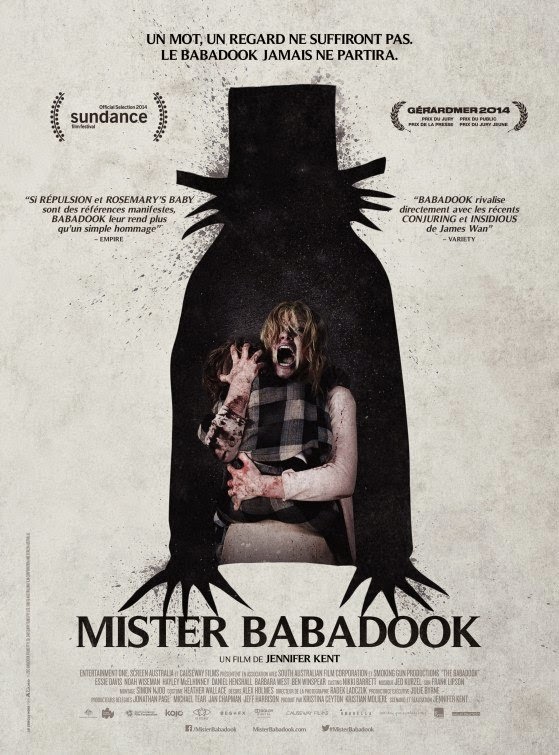 I fear The Babadook (2014) is suffering a mini-backlash that always happens when something new is declared the scariest thing of ever. And while I have a few problems with it, most are obliterated by Essie Davis' bravura performance as a mother suffering a mental breakdown, personified by one of the creepy characters in one of her son's story-time books seemingly crawling off the page to torment her. (The utterly, case of the drizzles-inducing Mr. Babadook.) To be fair, Noah Wiseman is just as good as her son -- almost too good, as I barely survived the opening, screeching salvo of the film and nearly stopped and wrote this off as Get that Kid Some Ritalin: the Movie. My biggest beef with the flick is the kid pulling a Ghostbusters by way ofHome Alone heroics during the climax. Minor quibble, though, when you combine the acting and some outstanding (mostly in camera) F/X set-pieces with an unrelenting sense of dread and hopelessness that might not make this flick the scariest movie of all time but one of the most unsettling flicks encountered in a good long while. 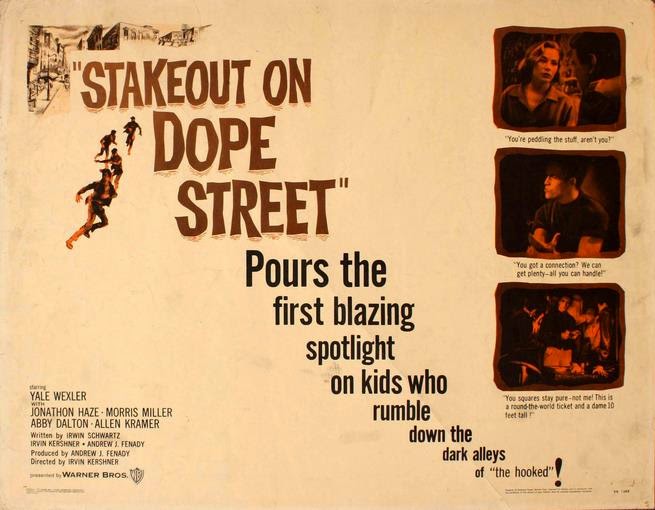 When three young turks stumble upon a large stash of uncut heroin that was 'temporarily misplaced' during a shootout between the cops and the syndicate, they decide not to turn it over to the police and make some money, selling it off piecemeal through a neighborhood junkie. And while one of them has a crisis of conscience, both the cops and the drug dealers are hot on their trail and closing in fast. As the omnipresent narrator drones on and on while all this leads to the inevitable end in Stakeout on Dope Street (1958), this well-intended (but a tad overblown in the melodrama department) docudrama is straight out of the Jack Webb school of safety screeds. The film also marked the debut of director Irvin Kershner and cinematographer Haskell Wexler, giving the film a few visual flashes of brilliance in what otherwise felt like a payoff for a community service sentence. 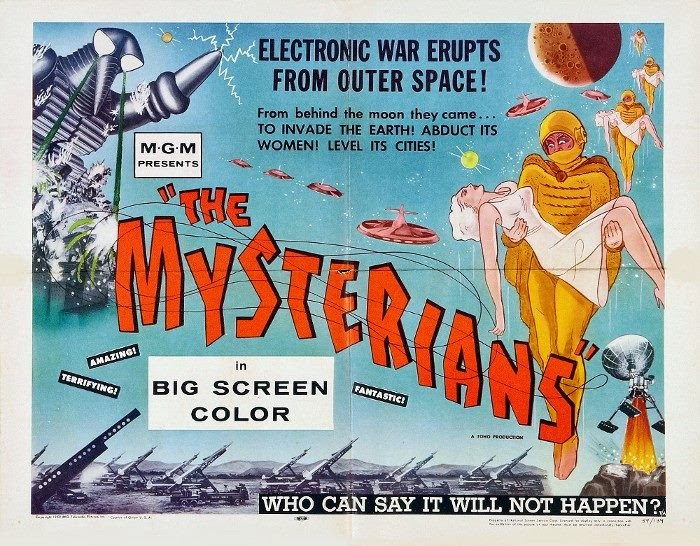 The Mysterians (1957) is one of those flicks that keeps getting exponentially better every time I watch it. Apparently, the contents of the asteroid belt used to be the planet Mysteroid, blown up by atomic war. And after exhausting all the resources on Mars, the surviving Mysterians are now squatting on planet Earth. Their demands for land and suitable female breeding stock are summarily rejected, leading to the usual massive amounts of Toho-style bedlam and property damage. (Kudos to the JDF for the sound strategy to bring down the first Mogera-bot.) The gaijin sci-fi influences are lovingly lavish and easy to spot, the go-motion and miniature F/X are top notch, and Ifukube has seldom been better. My only complaint is with the quality of Media Blasters DVD. The quieter moments of the film look superb but the action sequences looks like my cat's been at them. A major/minor quibble over an otherwise fantastic package. 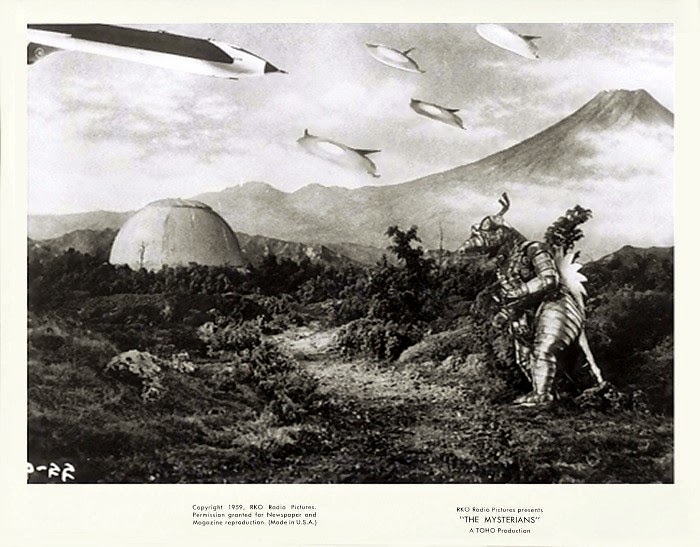