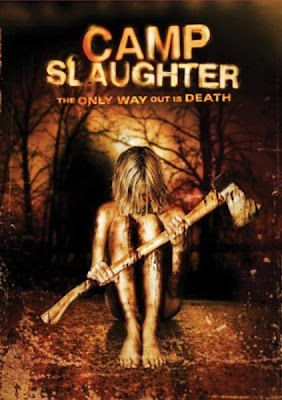 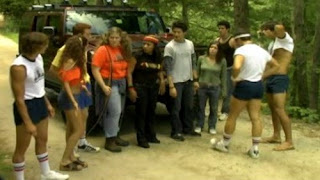 Anyways ... the plot sounded kinda interesting: When four friends on their way to Portland wind up lost in the backwoods of Maine, a dirt road takes them to the gates of Camp Hiawatha, where the campers are acting rather odd; their fashions are horribly out of date, they think the Hummer the quartet arrived in is some kind of tank, and they have no clue what a cell phone is ... You see, these unwitting travelers are trapped in a hiccup in time that's transported and stranded them back in 1981, where these unhappy campers are forced to relieve the same day over and over again -- the day when every single one of them fell victim to some psycho and are brutally massacred. And after surviving the initial 24-hours of wholesale slaughter, when the cycle starts over again, the resurrected counselors beg these newcomers for help to end their eternal torment. 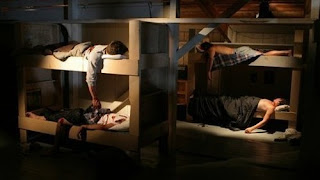 So we got Groundhog Day by way of 2000 Maniacs. Interesting, sure, and as the film started strong and began to play out, I found myself really rooting for it too succeed -- or at least not urinate all over itself. And there was quite a bit to like, too. Director Pucci and screenwriter Gonzalez are well versed in old school slasher lore, and when the film is focusing on the carnage, Camp Slaughter more than delivers the goods; from the body count (37 separate kills -- although remember, a lot of the same people are killed twice), to the grue, to the twist within a twist ending, when we finally find out whodunit and why. 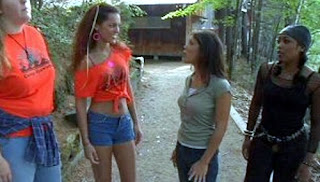 Now, admittedly, that ending didn't make a whole lotta sense; but then again, none of them ever really made a whole lotta sense when the killer finally revealed him/herself back in the old days, either. So I'll let that slide. However, the film falls apart badly in the third act and just can't pull it off (-- no matter how much I wanted it to). This is a great, great, great idea for a slasher movie that, unfortunately, is undone by its own structure and ideas. The folks from 2004 are self-aware of horror clichés -- but do they use that to their advantage? Not at all. And once they agree to help, they manage to do absolutely [expletive deleted] and squat to prevent anything except split-up and get bumped off stupidly. 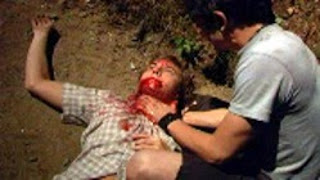 Personally, I hate this self-aware crap and think it's all but ruined the genre. But if you choose that path, and once you introduce it into your film, you can't ignore it. Sorry, fellas, you can't have it both ways. And not since Jar-Jar Binks have I been more annoyed with a character than Anika McFall's Jen -- the tiresome, self-aware comedy relief. Every time she opened her mouth I threw the nearest thing handy at the screen until I ran out of projectiles and just begged for her to, please, shut up. Okay, sure, it's not her fault; she was just following the script; but I kept waiting for her to belt out "Enough is enough! I have had it with these mother#%*ing psychos in this mother#%*ing camp." *sigh* A note to all future horror filmmakers: the sassy token black character is old and tired and needs to be put to pasture PDQ. It ain't working anymore; of course, we're assuming that it ever did work. 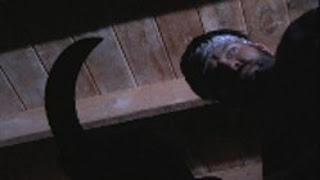 More over less under, I applaud the filmmakers for what they tried to do, and I honestly like this movie more than I probably should. I just wish we could take the best parts of the film, clean it up, cut out the self-aware comedy, and fix that ending, and then, damn -- then we'd have something of a minor cult classic on our hands. Swear to god. 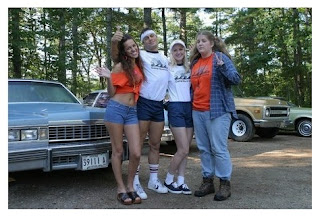