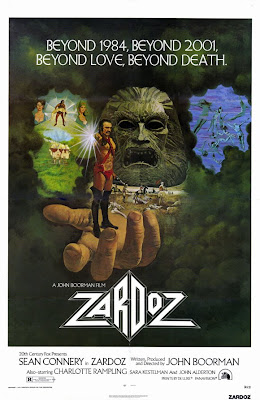 You know, that movie with the giant, floating stone head that looks like something straight out of a Jack Kirby nightmare. Yeah, the one where Sean Connery, fresh off of quitting Bond for the second time, goes all Heston on us to bring down a future Utopia that's curdled over time and crippled by ennui -- due mostly to the fact that aside from some hive-mind brain-screwing, nobody's getting any old-fashioned nookie. 100% Cheese-O-Rama guaranteed, am I right? Oh, yeah. And then there's also the added bonus of Charlotte Rampling getting naked ... *sigh*

*ahem* Anyways ... We open with said giant Head floating above a tribe of Exterminators; and while Zardoz (-- the Head --) bellows on an on about how guns are good and penises are bad, it belches out some guns and ammo so his acolytes can keep the Brutals in line. (I think they're shooting for Zero Population Growth.) But Zed (Connery) stows away on the giant monolith as it lifts off to return from whence it came. Once airborne, Zed -- who kinda looks like the Frito Bandito in his bandoliers and a big old red diaper, and not much else -- proceeds to shoot the first person he sees. And as the body falls out of the mouth and plummets to terra-firma, all I could think was, "Man, I hope that wasn't the pilot." 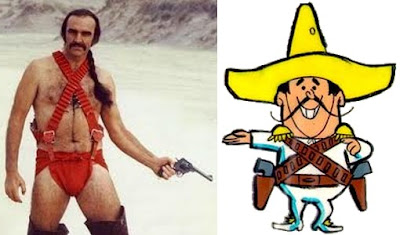 Luckily, Zardoz is on auto-pilot and returns to the Vortex, where we find that after some calamitous global event, the meek and perpetually giddy have inherited the Earth. These Immortals are immortal, and after being stuck for an eternity in an ersatz Renaissance Festival, a few of them have gone off their spools. As Zed goes exploring, he, along with the audience, doesn't really understand the workings of the Vortex and what went wrong (-- so I'll just help out and say it was explained a whole lot better and a lot more coherently a few years later in Logan's Run.) Seems some Immortals have gone Renegade and slipped into senility and refuse to regenerate, just wanting to die; others have grown Apathetic to the point of catatonia, while still others just want to eat and prance and share communal experiences by wiggling their fingers at each other and going "wooga-wooga-wooga." 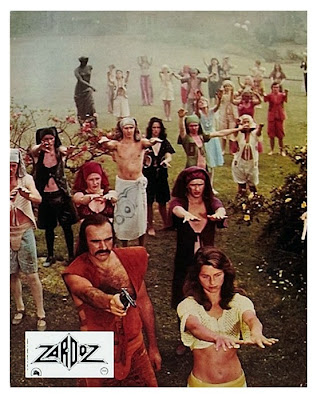 And while the audience still struggles to get it's bearings, the plot goes completely off the rails when Zed is captured by the Immortals. Led by Consuella (Rampling), they tap into his brain and watch him rape and pillage on their giant projecto-vision screens. Then, after much harrumphing, Zed is tabled for further study. Seems some Immortals see Zed as a threat and want him exterminated, while others feel that the end is nigh and sense Zed is some kind of mutant hybrid that is the Immortal's last hope of survival as their society slowly disintegrates from the inside out. 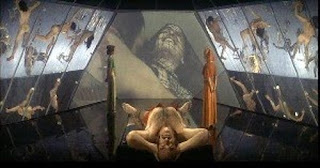 Over the years, director John Boorman has traumatized many a moviegoer with visuals that will never be cleansed from their retinas. John Vernon, buck-naked, plummeting to his death in Point Blank; Richard Burton and Linda Blair, both bombed out of their skulls, bellowing out Pazuzu in The Excorcist II, and worst of all, poor Ned Beatty's unfortunate off-river encounter in Deliverance; and frankly, after seeing Mr. Connery in his diaper/cod piece for over an hour that wedding dress scene was a welcomed relief. 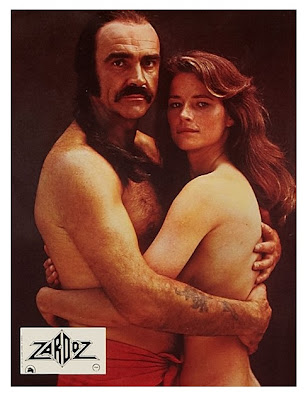 The biggest problem with Zardoz is, thanks to it's narrative structure, the audience never really does get it's bearings. As with all sci-fi fables from the 1970's there's an ironic twist. And the problem with Zardoz is the twist on the origins of the Vortex comes way, way too soon. Imagine, if you will, if Charlton Heston in Planet of the Apes, looking around his cage in Ape City after first being captured, had seen the Statue of Liberty through a barred window. Shocking, sure, but it wouldn't have had the same dramatic punch. After that, the remainder of Boorman's plot is a slacker-Poli/Sci-major-in-desperate-need-of-a-thesis dream come true. Boorman makes things look pretty enough, but the script counts on you connecting a lot of dots that I'm sure were clear to a "botanically enhanced" Boorman, but, to the audience, maybe not so much. There's an interesting message here, but it's lost almost completely in the execution. 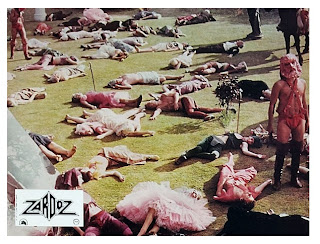 Speaking of executions, turns out Zed's got his own ideas to bring the Vortex down, or something. In the end, Utopia isn't all it's cracked up to be. And when the revolution finally hits and the Vortex is overrun by the Brutals, the Immortals actually let themselves be slaughtered. All except for the ones Zed impregnated, making way for the next generation of ... what exactly, I don't know. Apparently, the studio agreed with this conclusion, forcing Boorman to tack on an opening disclaimer by a floating head proclaiming the entire movie is basically a goof, officially torpedoing any inkling of the films lofty pretensions.

The ending is supposed to be hopeful, but at that point, having been unable to make a connection to any character -- frankly, they're all prudes and turds and don't deserve it, I'm not sure why we should care. And so, the only real reason I can recommend seeing Zardoz can be summed up thusly: 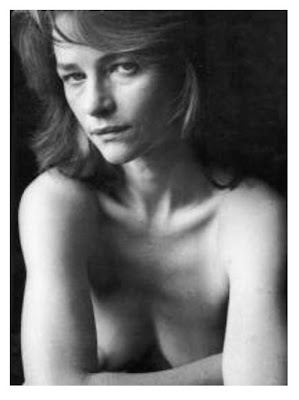 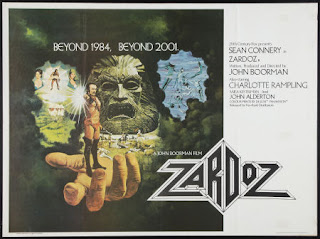 love Zardoz...any film with a floating head of evil is a win in my book!