And Now that It's All Over, All I Can Do is Wish You Well. 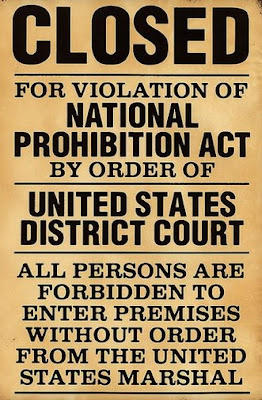 I would say the long held rumors were true but I’ve kept this news pretty close to the vest, and so, there weren’t really any rumors to begin with. But, as usual, I digress. Thus and so, and circling back, I promised an announcement way back in October once Hubrisween wrapped-up. And here we are, nearly two months later and the old bloggo has been strangely silent -- even more so than usual lately. And the reason for that? Well...

See, back in October of 1999, back in the days of dial-up and the exceeded bandwith of GeoCities Hell, I whipped up a logo in Windows Paint, strung a few words together about The Cannonball Run (1981), and published them on the world wide web. More reviews followed. And they were all TERRIBLE, just awful, full of typos, fragments, run on sentences, and grammatical atrocities that even I was embarrassed about on reflection as I went back later and tinkered, updated, and tried to shore things up. Some were salvageable. Most were not. 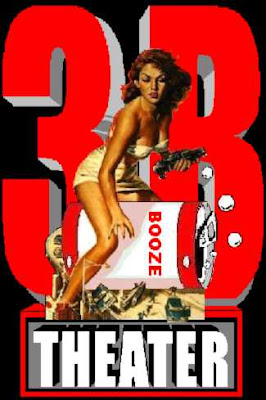 But over the ensuing 20 years that followed, I got better. And better enough to draw the attention of several other review sites, which netted an invitation and sponsorship under the Stomp Tokyo umbrella that got me out of online purgatory and gave me a bigger audience. And for that I will always be eternally grateful. Then, as the old cantankerous WYSIWYG website faded away into neglected obsolescence I officially joined the convenience of the blogosphere, riding the highs and lows of productive spurts and creative ruts followed by explosions of “Wow. Who wrote that? It’s really good. Oh, yeah, I did!” and, of course, there was also a lot of “Wow. Who wrote this shit? That's not even a word! Yeah, that’s on me,” too. 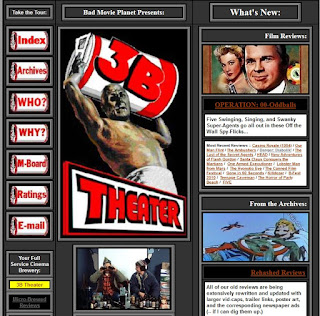 Of course, also, over the last two decades things expanded even more as we branched out into poster archiving, old newspaper ads, and even a podcast. I also found connections, boon companionship, and lifelong friends in my cinematic obsessions, and I am eternally grateful for that as well. Thank you all. I love you, my ever buddies.

Not gonna lie, though. The enthusiasm for this endeavor had been wearing thin for quite awhile now. Nobody really reads this kind of long-form reviews or essays anymore. (I’ve got declining stats to back me up on that.) It’s all YouTube and soundbites and a video assist these days, and I’m too damned old and crabby to adapt anymore. And on top of that, I really don’t want to. In fact, I really don't want to do this anymore period. Why? Well, something has fundamentally changed in online film fandom since I first started this nonsense last millennia. A sense of fun, and camaraderie, and the joy of discovery that is long gone and has since been replaced with territorial pissings, anal nitpicking, and an “us” against “them” when it comes to opinions on what you like and don’t like, or should and shouldn't like, where the greatest sin is not liking or disliking certain things but not liking or disliking those certain things hard enough -- or worse yet, not liking or disliking something "the right way."

Yeah, do NOT get me started on the shitty hellhole that is “Film Twitter” discourse. That whole concern can just go screw itself to death. Hard. And I do not envy those who are trying to eke out a living writing up this stuff in this current atmosphere of bile and venom. And for those of you out there defending [PopsinMonocle] the cinemah [PopsoutMonocle] against the heathen barbarians you see under every bush, and you know who are, lighten up or kindly drop dead, whichever you prefer. Me? I've never seen film as something that needs to be a museum piece to be guarded and only observed under glass from afar with the proper reverence. Nope. I prefer to think of films as sandboxes that you should dive into like a goddamned wrecking ball. 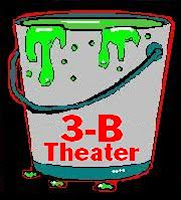 And with that rambling preamble/manifesto out of the way, this crusty old fart will finally announce that 20 years was long enough and I am officially retiring Micro-Brewed Reviews. This is not a sad occasion, however. We had a good run. Got our licks in here and there. And the content ain’t going anywhere anytime soon. Also, I will still be podcasting on The Atomic Weight of Cheese. And so, I regret nothing. Well, almost nothing. Never did finish that exhaustive review of The Thing from Another World (1951) like I wanted to. But, eh. Whaddayagonna do. 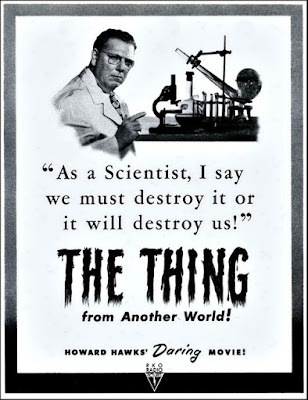 Will I ever write about movies again? Probably. Never say never because absolutes will only get you into trouble and will only come back to bite you in the ass. For now, though, I am weary and ready to just kick back and watch a movie for the pure entertainment value for awhile on those simple terms. Nothing more. Nothing less. And while we’re being honest, I am positively giddy over this prospect. E'yup. It’s been real, it’s been fun, it’s been real fun, Boils and Ghouls. But that's it. Last call. Drink 'em up. You don't have to go home, but you can't stay here because this Full Cinema Brewery is now closed. Until next time, this has been your humble host for 3B Theater, Micro-Brewed Reviews, the Poster Archive and Scenes from the Morgue, signing off. Thanks for stopping by, and thanks for reading. 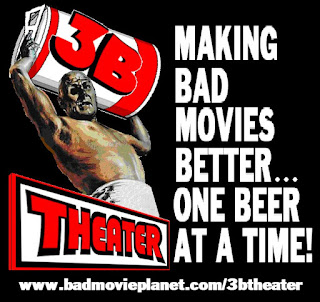