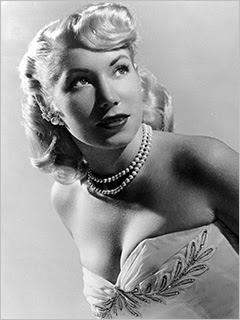 Dolores Fuller was officially bitten by the acting bug when she, at the ripe old age of ten, landed a small part in Frank Capra's It Happened One Night (1934). By the 1950's, she already had a fairly successful career in Hollywood as an extra, fashion model, and stand-in before the fateful day she chose to wear an angora sweater to an audition for the film Behind Locked Doors, which immediately drew the attention of the film's slated director, Edward D. Wood Jr. And soon enough, Wood's pie-in-the-sky dreams of conquering Hollywood were so infectious Fuller divorced her then husband and shacked up with her new beau. And together, with Fuller paying the bills at home and providing the majority of the wardrobe (both onscreen and off), the duo blazed a trail of B-Movie infamy with the likes of Glen or Glenda and Jail Bait (during which, while filming, Fuller lost her job as Dinah Shore's stand in when she missed a call). 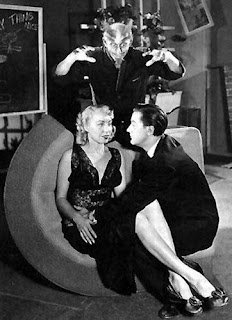 Alas, it just wasn't meant to be for these two star-crossed lovers, and between Wood's alternative lifestyle and constant boozing, Fuller finally got fed up and left him shortly after filming Bride of the Monster. And according to several interviews with Fuller, a drunken and despondent Wood would often stand outside her apartment and beg her to take him back. But, that chapter of her life was over and, desiring a fresh start, it was during another casting call that Fuller's career took another unexpected turn.

Seems while trying to land a part in Elvis Presley's Blue Hawaii, Fuller ran into producer Hal Wallis, an old acquaintance, apparently, who was aware that Fuller had dabbled a little as a songwriter. Her most notable song to date was "Cindy, Cindy" for Ricky Nelson back in his Ozzie and Harriet Days (-- the number was later reprised as a duet with Nelson, Dean Martin and Walter Brennan in Howard Hawk's Rio Bravo.) And on Wallis' advice, Fuller skipped the casting call and was sent to see composer Ben Weisman, and together, they wrote the nonsensical but very catchy, "Rock-a-Hula, Baby."

Both the film and the song were a huge hit, and over the next decade Fuller would continue to collaborate on about dozen songs for Presley's ensuing pictures ...

"I Got Lucky" from Kid Galahad (1962):
"Big Love, Big Heartache" from Roustabout (1964):
"Do the Clam" from Girl Happy (1965):
"Spinout" from Spinout (1966):
Over the years since, when folks look back with a jaded eye at the Big E's floundering film career and the music found therein, Fuller's name is usually one of the first to come up. Somewhat stigmatized by her relationship with Wood, Fuller's contributions were usually slapped down as cheap-jack tactics by Wallis and Colonel Parker to keep costs down and profits up, and unjustly smeared by their titles and titles only (-- easy to do with titles like Do the Clam...). And e'yup; that's me raising a guilty hand. Yeah, I was wrong. Dead wrong. And if you listened to only half of those examples provided, you, like me, will realize those songs aren't that bad at all, and some of them are pretty damned catchy. 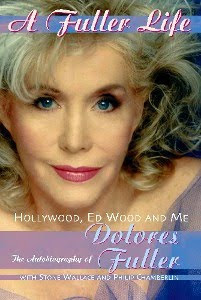 These days, after a career that saw her form her own label, and provide material for the likes of Presley, Nat King Cole, Peggy Lee and Johnny Rivers, Fuller is retired, happily married, and just finished her auto-biography, A Fuller Life: Hollywood, Ed Wood and Me, a frank and funny with a side-order of bittersweet look at her life in showbiz. Highly recommended. 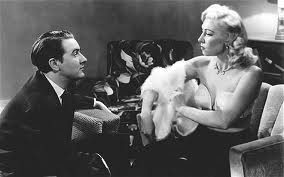