On the Big Screen :: Musical Transcendence, the Fall, and Back Again in Bill Pohlad's Love and Mercy (2014) 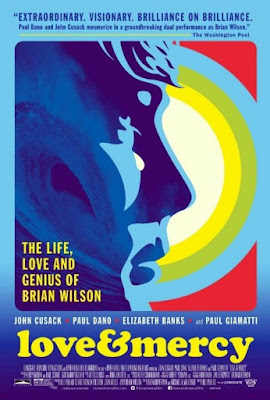 As the old cliche goes, there is a fine line between genius and madness. Somewhere along the way, that line was obliterated for Brian Wilson, lead songwriter for The Beach Boys, due to a combination of mental illness, years of physical and emotional abuse from his father, and narcotic addiction. 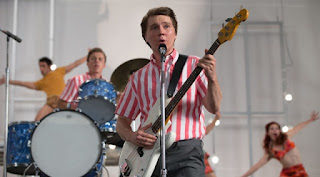 Bill Pohlad's excellent docu-drama Love and Mercy (2014) splits time to tell this tale by showing us when things fell apart during the recording of "Pet Sounds" and the two decade later aftermath, where a chance encounter with a woman at a car dealership uncovers a whole new layer of use and abuse of Wilson due to a malignant relationship with his therapist, who manipulated his way into controlling everything and keeping his patient isolated and over-medicated. 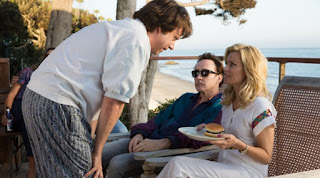 And as a connection is made and romance blooms in the 1980s, things continue to crumble in the 1960s, making it no surprise as to why Wilson spent nearly three years without getting out of bed. 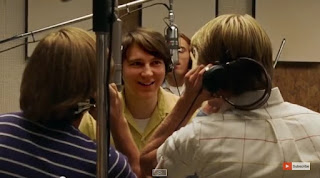 As the film progresses, Pohlad does an amazing job of using one era to reflect the other to keep the story moving forward, striking a balance between the dissent and the road to recovery. Also, major kudos for the perfect musical cue of all time at the climax. Also, also, the montage sequence where they try to get the right sound for "Good Vibrations" had me tapping my foot through the floor. I've listened to it a dozen times since and all I can hear now is the sawing, stand-up bass that drives the song like a voracious machine. 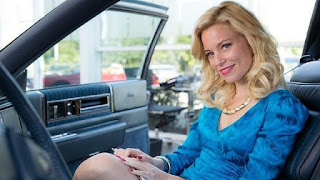 I had been itching to see this ever since the trailer broke. I admit, I didn't buy John Cusack as the older Brian in the trailer at first but he was fine. Elizabeth Banks was even better as Melinda, who essentially rescued him from himself. (And she looks absolutely smashing in those '80s fashions as well.) And Paul Giamiti once more proves how awesome he is as the lecherous Eugene Landy. Sorry, I just can't bring myself to call him a doctor -- but I'm happy to report that he no longer is one. At least in California. 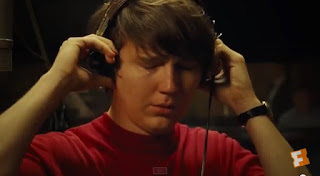 Back in the past, Paul Dano is ah-mazing as younger Brian, making one believe he really is hearing all those voices and music that no one else can hear, and the frustration this causes when he tries and fails to share it with the others -- and Jack Abel is a downright eerie dead-ringer for Mike Love. All told and heard, this movie is great, the music is incredible, and Brian Wilson is a bona fide genius that was nearly lost but now is found. Highly recommended. 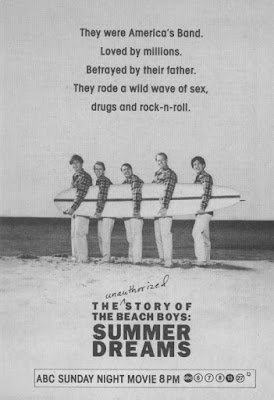 And while we're on the subject, after catching Love and Mercy last night it stirred up a few sketchy memories of an old made-for-TV movie on The Beach Boys that focused not on Brian but Dennis Wilson, who had his own share of problems, including getting tangled up with Charles Manson and his brood. 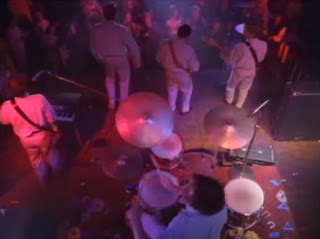 And after some digging around on YouTube, I found it: Summer Dreams (1990). Turns out I remembered the film rather vividly as those memories solidified -- but I had completely forgotten that Bruce Greenwood played Dennis. It was based on Steve Gaines' Heroes and Villians: The True Story of the Beach Boys, a sensationalistic and tabloid style take on the subject matter by a man who was fascinated by the Wilsons but despised their music. 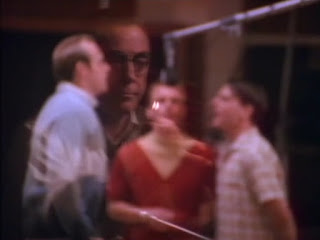 Despite the opening disclaimer and being officially tagged as an "unauthorized" bio-pic most of the events presented echo the newer release; and it does make a nice companion piece for Pohlad's film, filling in some of the blanks on the Wilson's stormy relationship and expanding the story quite a bit. It's currently streaming on YouTube (with German subtitles, alas) for those interested in such things. 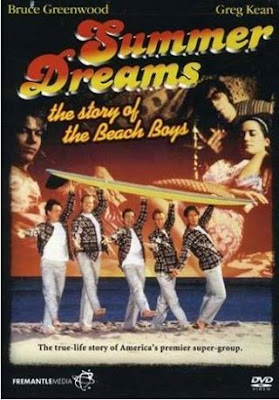