YouTube Finds :: When the Assignment is Too Big for a Secret Agent but Too Small for an Army, Just Call Codename: Foxfire (1985) 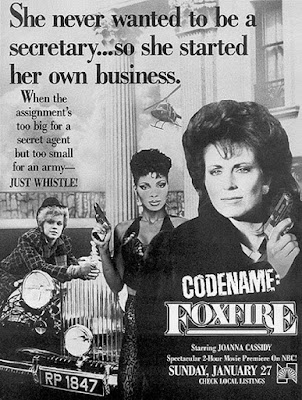 I have no idea how I wound up at this video while plumbing the depths of a certain YouTube hole the other night but trip over it I did: the opening credits for Codename: Foxfire (1985); a show I kinda remember, and kinda remember enjoying, but couldn’t really recollect any episodes at all. Anyhoo, let's take a look shall we?


Video courtesy of RetroTy: The Pulse of Nostalgia.

Wow. Joanna Cassidy as a super-spy decked out in a wet-suit, armed with a sub-machine gun. Wow, again. And, with that indelible image, you’d think I would remember this show better than I do! 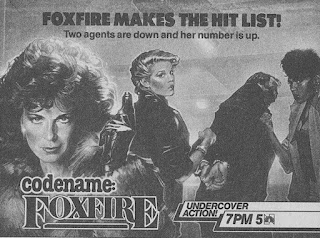 Well, there are a few bits and pieces and notions that have since broken loose and reformed after poking around the web looking for info on the show, which is pretty scarce. And from what I found mixed with what I kinda sorta remember, especially after taking a look at the trailer for the home video release of the pilot movie, despite being overly-maligned everywhere I looked online as nothing more than a poor-woman's Charlie’s Angels knock-off, Codename: Foxfire actually comes off as a gender-swapped version of The A-Team. The problem was, instead of having Stephen J. Cannell as a showrunner, what Foxfire got instead was Joel Schumacher, which might explain it’s glitzy, gung-ho-ness but also goes a long way in explaining its brief seven episode lifespan as a mid-season replacement when that pilot movie scored some respectable ratings. 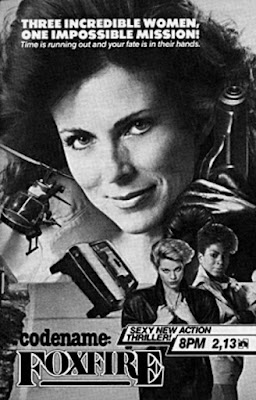 Now, in that pilot we find Elizabeth “Foxfire” Towne (Cassidy), a disgraced former CIA agent, in prison, framed for a crime she did not commit. But now, her ex-fiance (David Rasche), and the guy who framed her, 'natch, has teamed up with an ex-Nazi scientist (-- as you do), stolen a nuclear missile (-- as you will), set up shop on a secret base in the Caribbean (--who wouldn't), and intends to use it to frame the United States as the instigator of World War III (-- sure, why the hell not). And since she is familiar with this dastardly villain, the CIA offers Towne a full pardon if she will help take him down. She agrees on the condition of forming her own team, which consists of Maggie Bryan (Sheryl Lee Ralph), her former cellmate, who also just happens to be a notorious cat burglar and con-artist, and Danny O’Toole (Robin Johnson), a street smart stunt driver and daughter of Towne’s former wheelman, who, sadly, is no longer with us. And together, after a bit of a rough start, they manage to destroy the missile and thwart the dastardly plot. 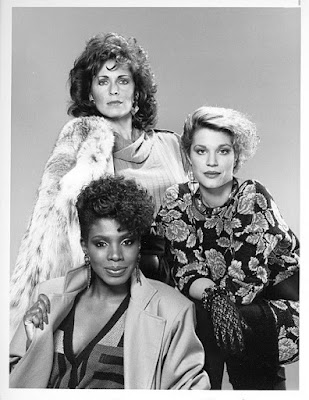 Again, only six more episodes would follow before this series faded from its brutal Friday night time-slot and into the ether of foggy TV memories to be confused with Velvet (1984), Masquerade (1983-1984), and Cover-Up (1984-1985). Aside from the pilot, the only other episode I remember at all is when the team is hired to protect the daughter of some dignitary only to have Danny get kidnapped for ransom by mistake. That's it. I had hoped to rectify this but, alas, after several days of massaging the web I can find nary a trace of any episodes of Codename: Foxfire streaming online anywhere, with only the pilot garnering a home video release on VHS that is currently going for a ridiculous amount of money on Amazon. You’d think it would be easy enough to get some of these old shows and short series a venue somewhere online or a DVD on demand release but, nope. And that is too bad because I like Cassidy a whole lot and would love to see her in action in this thing again. 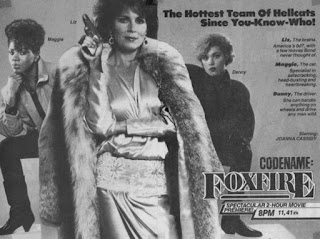