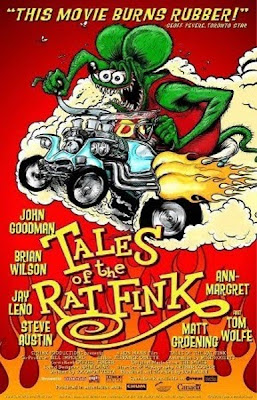 -- Tom Wolfexxxxxxxx
___ ___ ___ ___ ___ ___ ___ ___ ___ ___ ___ ___ ___ ___
While he was assigned to a UFO tracking station in the Sahara desert, one has to wonder if perhaps Ed Roth actually saw something not of this earth that permanently blew his mind. For when he got out of the service, where he honed his talents as a painter by stenciling bizarre designs on his fellow airmen's duffle-bags, Roth became a leading trail-blazer in the custom car culture that absolutely exploded in the 1950's. With his outlandish, out of the box designs and pioneering use of fiberglass, Roth was soon a legend among the motorheads with the completion of The Beatnik Bandit and [my favorite] The Orbitron. And when Revell called, looking to miniaturize his creations into molded plastic, "Big Daddy" Roth soon became a household name. 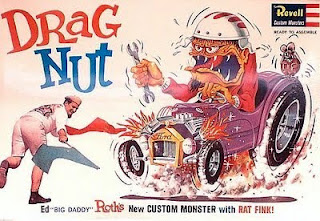 It wasn't just about building or pin-striping the hot-rods, either. A true Renaissance man, Roth's silk-screening and T-Shirt designs, a mash-up of souped-up engines and ghastly critters with a need for speed going hellbent for the horizon, also caught on. Personified by his signature character, the Rat Fink -- basically his middle-finger salute at the homogenizing effect of the House of Mouse, Roth was all about flying your freak flag high and leaving the squares of Squaresville in the dust. 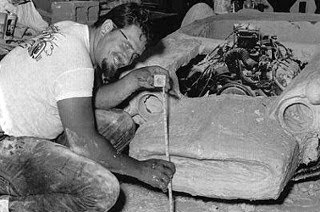 Ron Mann's documentary, Tales of the Rat Fink, like its subject matter, is also slightly off-kilter. Punctuated by some Roth-fueled animated critter bumpers, each segment tracing Roth's rise to prominence is told from the perspective of different car, voiced by the likes of Paul LeMat, Ann-Margaret and Jay Leno, while the big man himself is voiced by John Goodman, who links it all together. It's an amazing and eye-popping journey of one man's influence weeding and winding its way into permanent pop-culture. And as icing on the cake, we get a stellar soundtrack from The Sadies, whose blend of lo-fi reverb and honky-tonk fits the subject matter perfectly:

Seriously. Check this one out, kids. A testament to a true and one of a kind American artist. 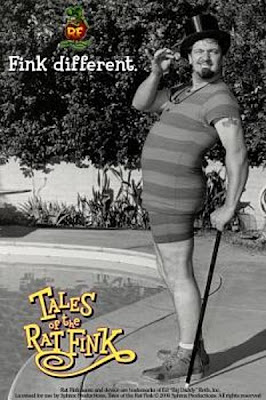