DVD Spotlight :: Yukking it Up with the Men of the 12th. 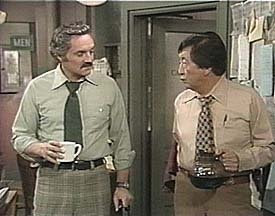 "Like my grandfather used to say, 'Many things may look bleak at the moment of there occurrence, but at least we ain't got locusts.'"
-- Sgt. Nick Yemanaxxx
Barney Millerxxx

I don't think it's all that big a secret that Barney Miller is, was and ever will be one of my favorite and funniest TV shows in the history of electronically transmitted sound and moving images. And for my fellow fans out there, the fine folks at SHOUT Factory have announced a spiffy, complete-series box-set due to be released in late October. 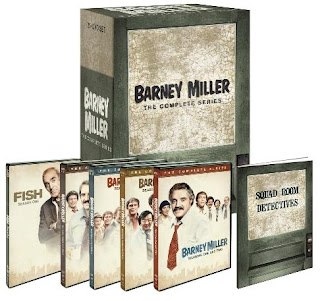 The packaging is pretty cool but the only real special feature that I can detect is the inclusion of the spin-off series, Fish. Disappointing considering how many of the creators and cast members are still around. But, the set and the show are still well worth it. Now, I know a lot of people are horked off because, like myself, they've already invested money in the first three seasons of the show, who, like myself, aren't all that interested or thrilled about double-dipping. I don't know if SHOUT intends to sell separate seasons at any point in the future, so, my plan is to visit the local Buy Back outlet, get what I can, and invest it in the new box-set. 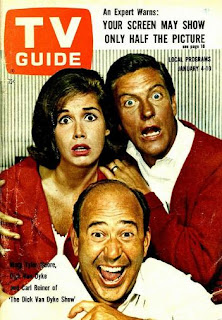 Speaking of TV shows that I love unconditionally, after our annual September Sabbatical, we'll be participating in The Thrilling Days of Yesteryear's first ever Blogathon on another consistent Tuber laughfest, The Dick Van Dyke Show. Gotta couple of my favorite episodes all picked out for that and look forward to sharing the love with Ivan and the whole gang. 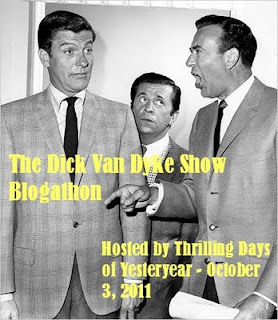