Fractured Flickers :: Murder Set-Pieces :: We Need a Clean-Up in Aisle 5 of William Hyuck and Gloria Katz's Messiah of Evil (1973) 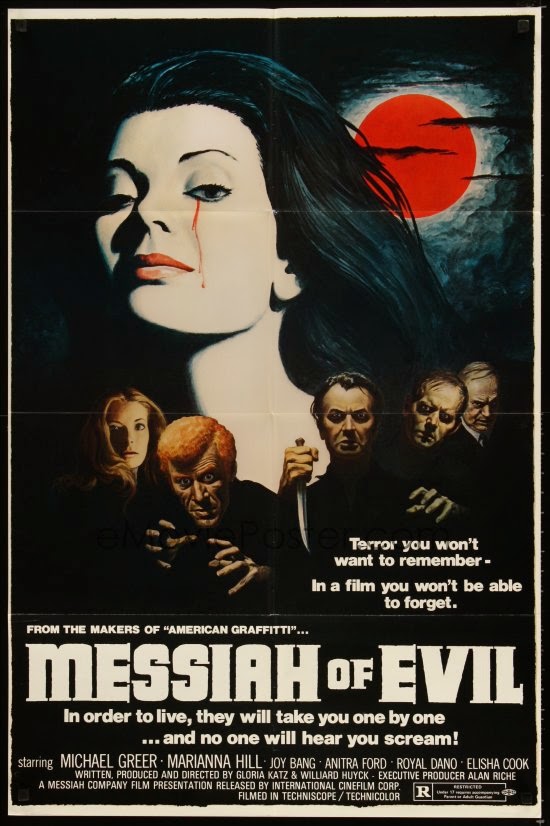 The oil and water alchemy of a horror flick and pretentious art film is a dangerously volatile combination but it can work without blowing up in your face, evidenced by what the Germans did in the silents, what the Japanese have been doing for forever, and what the Italians did in the 1960s and 70s with the gialli. Domestically, Willard Huyck and Gloria Katz's Messiah of Evil (1973) is an interesting and extremely well-executed no-budget mash-up of H.P. Lovecraft, Herk Harvey, and Michelangelo Antonioni. The resulting fever dream shouldn't work. But it does. And does it ever.

I fell in love with the film almost immediately when I stumbled upon a shitty, washed-out, pan-n-scan print streaming on Amazon Prime; and fell in love with it so much I paid out the nose for an out of print Code Red DVD to see what this merry band of friends and family filmmakers managed to cobble together in all its widescreen and restored color glory that was so, so worth the purchase price.

Made in-between writing the first and final drafts for George Lucas' American Graffiti (1973), the husband and wife producing, directing and writing tandem of Hyuck and Katz's surreal tale of a girl on the hunt for her missing father, head guru at an artist colony retreat, and a rekindled cannibal curse from the pioneer days wreaking havoc on a nearby town, leaves quite the impression on the viewer.

None more so than two fabulous murder set-pieces; the first involving Anitra Ford, after an ethereal spooky tour of the skeletal remains and inexplicably deserted streets of this maledicted Nowheresville, until she is lured into a maze of harsh fluorescent lighting and mind-numbing muzak at the local grocers, where something sinister is going on in the meat and deli aisle:

Adding even more verisimilitude to this stark and grisly scene, it was shot at a Ralph's grocers in Burbank and the majority of the zombie extras were out-of-work aerospace engineers, who were cut loose as the Apollo program slowly petered out. And like I said, this is only one of two eerily effective murder set-pieces from this fantastic fright flick. So stay tuned for Part Two of our Fractured Flicker look at Messiah of Evil, where the action shifts from one deceptively banal location for another but everyone winds up just as dead just as beautifully. Until then, be there and be square, Boils and Ghouls. 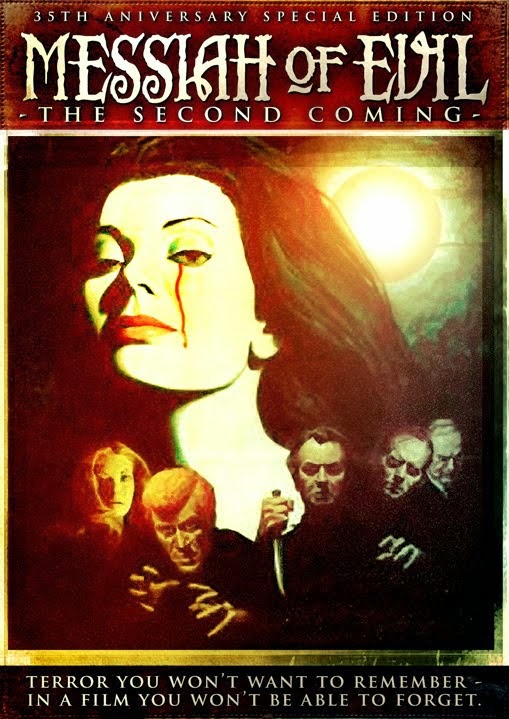