Saving Private Wilhelm! :: The Most Heard Unheard of Hollywood Cliches Ever Heard Ever! 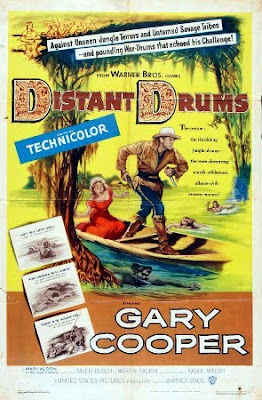 To be real honest, as far as westerns go, there really wasn’t anything special about the Gary Cooper vehicle Distant Drums. Cooper dons his buckskins, does battle with the Seminoles in the swampy Florida Everglades, saves the girl, and saves the day. Like I said; nothing special; except for that one part when one of his troopers gets eaten by a gator... 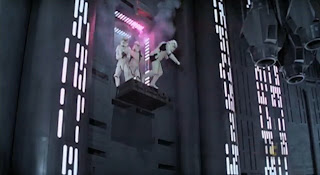 “Wait, wait,” you say. How could this be possible? Well, as the legend goes, after Distant Drums, the sound-bite was labeled “Man Getting Bit by an Alligator” and filed away in the stock sound-effects library at Warner Brothers. Two years later, the clip showed up again in another western, Gordon Douglass’ The Charge at Feather River. Here, an unlucky private named Wilhelm, while he paused to fill up his pipe, is struck in the leg by an arrow. (AaauuuArrggghhh!). 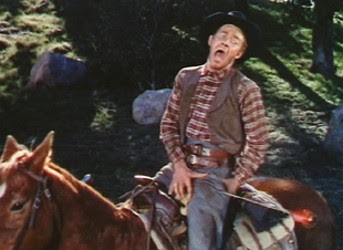 Now, it was during the climax of Douglass’ next film, the sci-fi classic THEM! , that I realized I’d heard the death-scream before. During the film’s climax, when James Whitmore becomes some giant-ant kibble, I realized that same scream kept cropping up in many of my childhood staples -- most notably the Star Wars and Raiders of the Lost Ark franchises. And all along I had been attributing that mystery yelp to Whitmore whenever I heard it. 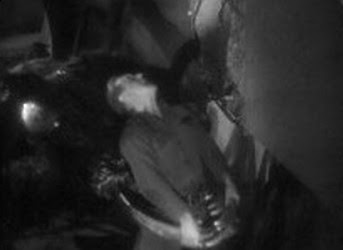 Turns out I was wrong (AaauuuArrggghhh!), and hadn’t traced the source back far enough ... It was over on the BMMB, during a heated kerfuffle / nerd-off concerning overused movie cliches, when I brought up the [misidentified] Whitmore-Scream and learned the truth, and then my education on the origin of this particular bit of movie trivia commenced. 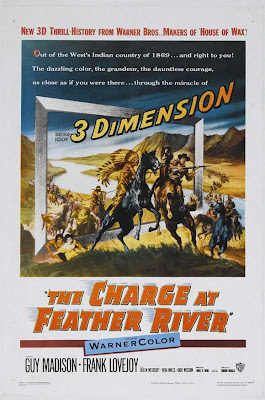 Seems that when he was a kid, Oscar winning sound-man Ben Burtt heard this shriek when he saw Feather River. (He also assumed that was the clip’s origin but it was later tracked back to Distant Drums.) It must have made a heck of an impression because he tracked the sound-bite down and christened it the “Wilhelm Scream.” And he’s been using it ever since. You see, Burtt works for Lucasfilm, and has been sticking it into almost every project that goes through the Skywalker ranch. Over the years, Wilhelm has shown up in at least 75 features and television shows; so much so that it became somewhat of an industry inside joke and it became a challenge for sound-men to one up each other to sneak the shriek in. And judging by what we've heard, they’ve been fairly successful. From Titanic to Toy Story, and from Spider-Man to Kill Bill, Wilhelm is alive and well and still meeting his maker on a regular basis. 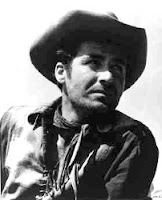 So, the big mystery remains: Who was it that originally got eaten by that gator back in 1951? There was no screen credit given for that poor sap, but the general consensus, lately, is that the voice behind the Wilhelm Scream was probably none other than Sheb Wooley. A character actor and cowboy crooner, Wooley is probably most notorious for cutting and releasing the novelty song “The Purple People Eater.” Wooley was in Distant Drums, and Burtt uncovered some records that showed Wooley was brought in to do some voice over and ADR work for the film after filming was completed.So was it Wooley? I’ve seen almost every episode of Rawhide, heard several of his songs, and all I can say is it could be him. We’ll probably never know for sure. (Wooley died in 2003.) 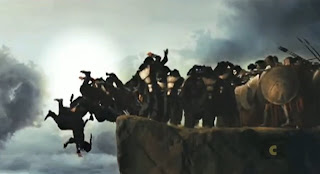 What is for sure, no matter who it is actually providing the lung-butter, it doesn’t take the sharpest of ears to hear the Wilhelm Scream; the problem is, once you do notice it, you can not not hear it and it tends to stick out like a sore thumb. People are more aware of it now -- hell, there’s even a band named after it, making it harder to sneak it in, and Burtt swears he isn’t going to use it anymore, but I have a feeling we’ll still be hearing poor Wilhelm take another one for the team for a long time to come. 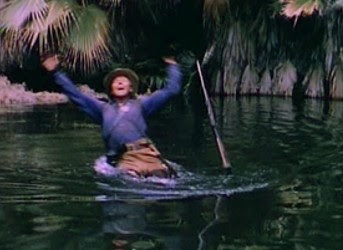