If you've been away from your internetical interface contraptions today, you might have missed the foul odor emanating from the barren wasteland that used to be your Netflix Instant queue. That, and the grumblings of those, myself included, who lost a good chunk of films from their personal digital To Watch Piles as April 30th gave way to May 1st. Yeah, for those of you unaware, Netflix Instant has dumped some 2000 titles from its streaming pool. And despite some earlier reports that this was due to losing the rights on a ton of films to the new Warner Archive Instant site the real truth has come out that, basically, Netflix has decided to dump a bunch titles they feel 'don't get watched enough.' And when they say "don't get watched enough' they mean genre films, B-Movies, and other offbeat cinema. And this is why I spent the last three days since word broke about the impending purge watching as many of these expiring rarities as humanly possible. 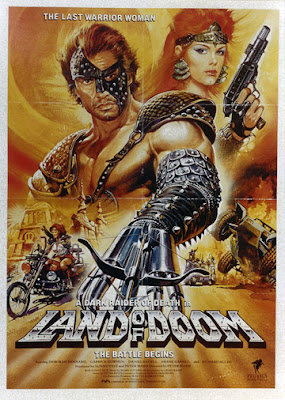 Look, I know Netflix has rotated out their stock before but this is almost comical in its ridiculousness. My own queue has gone from about 330 titles to less than 100. And a cursory glance shows a good chunk of those were from American International's back catalog. According to some sources, this package was part of a deal Netflix struck with EPIX that they've allowed to expire -- and a quick glance at the schedule on the EPIX Drive-In Channel easily confirms these suspicions. And to make matters worse, Netflix has also gone and launched a clandestine redesign for their user interfaces -- to, I think, make a standardize browser for all the user platforms (Computer, Roku, video game consoles, etc.):

"Hello everyone! We are currently looking at new ways to encourage watching more on Netflix. For those of you who are seeing a 'Your List' feature, and no longer seeing the Instant Queue, this is one iteration of our newest feature. Your saved titles may currently be arranged by what we think that you'll watch, based on what you've already watched and rated on Netflix. Others may see titles arranged based on taste preferences indicated on our website, as well as popularity, new episodes, recently added and more. Here at Netflix, we are always looking at new and innovative ways to make finding great content easier, and we appreciate all of your feedback and suggestions."

Basically, they get to control what they think you want to watch and funnel content to you the same way a plumber uses the plumber's helper on a stubborn drain. Wow. There's no content like forced-fed main-streaming streamlined content. Feh. 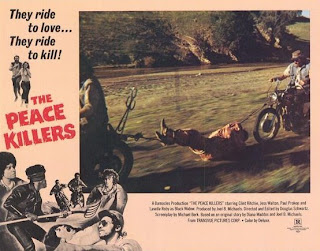 
Now, user reaction to these new browsers has been universally negative, from 'What the @#$* are they thinking' to 'Get this shit off my screen.' As a paying customer, I concur. But, frankly, I for one am less concerned about this software development and more in a frothing state of mind over what Netflix intends to do to fill that huge gap in their library. (As of the posting this post, the sound of crickets you hear is Netflix's official answer to that question.) I mean, I never got any notice that the price was going down. And I don't know about the rest of you, but if I'm getting less service for the same price, I tend to take my business elsewhere. And I sure as hell don't give two shits about their much ballyhooed new original programming when that money could have been spent keeping their catalog in better shape. 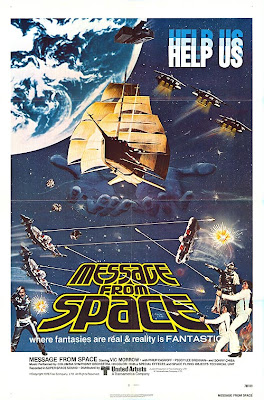 Sadly, this kind of shitty customer service has become the official modus operandi of Netflix of late. And this make me sad. I like Netflix. Really. I do. It's a business. I totally get that. But! Remember when Blockbuster and Hollywood Video and its ilk killed off all the mom and pop video stores? Remember when they squeezed out their older movie sections to make way for 90 copies of the latest new release? Remember when we all went to Netflix for salvation because they provided a better service and an insane selection of titles? And then all those chain stores died because they couldn't compete? Is history about to repeat itself. Is this the beginning of the end for Netflix? Unless they get some more content, it's definitely going to be the end for me...

This makes me so sad and mad. Netflix instant was the mom and pop video store, bijou theater, late night cable circa 1983, and more for the aughts and teens. And now? I don't want to watch Hemlock Grove, I want to watch some obscure gem and I'm sad Netflix doesn't see the market in catering to that.

It's a bizarre homogenizing effect that I will never understand. No, I do get it: Maximize profits while minimizing expenses. I just don't like it. The same thing happened to the Video Stores happened to the cable SuperStations when they watered down their content to appease the lowest common denominator. I hope someone, anyone, steps in with an alternative but how long before they would take this familiar road is anyone's guess. Won't anyone think of the children who want to watch UFO: THE TRUE STORY OF FLYING SAUCERS!