YouTube Finds :: May the 4th Be With You :: The Tuna is Strong with This One.

I believe I caught my first glimpse of this ad when it was featured on The Mike Douglas Show back in the late 1970's, with a whole program dedicated to the worldwide phenomenon Star Wars had endeared. (The image of Chewie doing The Hustle was permanently etched in my brain but I had no idea where it had come from until stumbling upon this video and it all came back in flash flood.) If memory serves, the show also featured a Star Wars musical review also from Japan, where the guy playing Darth Vader (consisting of the mask, cape and bow-tied tuxedo) turned out to be John Davidson and the heroes blasters were portrayed by mini-flamethrowers. And for some reason, the guy playing Han Solo was bare-chested save for vest made of Wookie pelts. Weird, right? Of course, my memory might be remembering a different show altogether or mashing-up several different thought streams. Either way, that commercial is pretty hysterical. 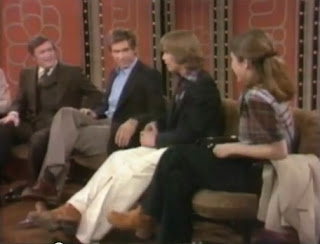