YouTube Finds :: The Action COMES ALIVE as You Read! It's a Madhouse!!! Power Records Presents The Planet of the Apes. 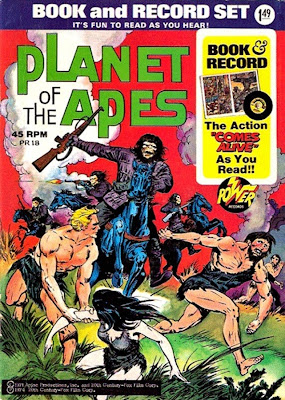 I believe this record / comic book combo was my introduction to the Planet of the Apes franchise. I've gone into greater detail in other places on the trauma this series wreaked on my childhood, like the whole guerilla / gorilla conundrum, and this initial encounter also fah-reaked the crap out of five-year-old me, especially the opening hunt sequence and the death of astronaut Dodge by rifle fire. 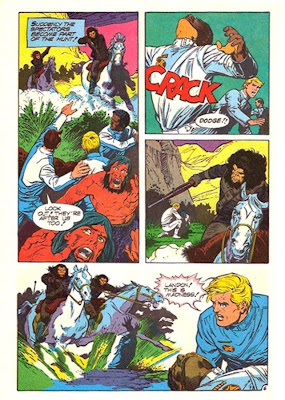 The audio. The image. The CRACK.
The spasm. The scream. The blood.
E. Freakin'. Gad. Wow. 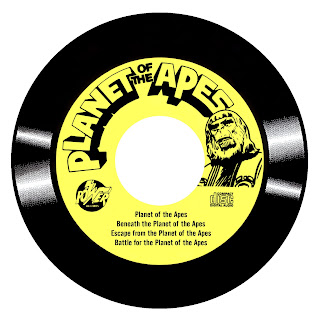 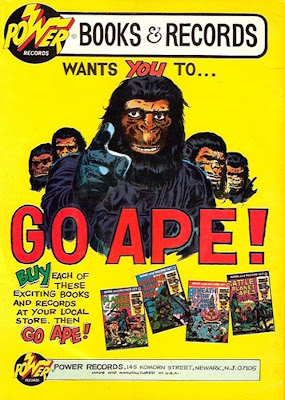