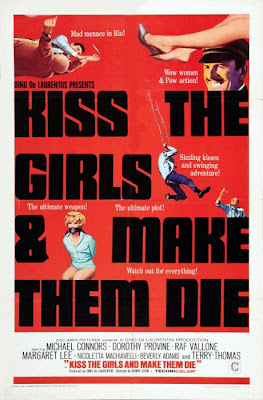 After discovering a potent impotency-causing extract taken from a rare Amazonian plant, a wealthy and whackadoodle industrialist plans to use a series of satellites to spread these deadly spores worldwide, sterilizing the entire planet, leaving only himself virile and viable enough to repopulate the world in his own image. But before this phase of the plan can be put into action, this Brazilian crackpot must first gather a harem of proper breeding stock, resulting in a rash of kidnappings around the globe, whose victims are placed into suspended animation for safe-keeping until needed. Hot on his trail to stop this nefarious plot are a crafty CIA agent (Connors), a daffy MI-6 asset (Provine), her chauffer (Thomas), a tripped out limousine, and a shitload of bananas...

After From Russia With Love proved that Dr. No was no fluke at the box-office, an avalanche of spy movies soon followed to feed the voracious appetite of an espionage-addled viewing public. But even by Goldfinger, folks could see the 007 franchise wasn't taking things all that seriously, piling on the zingers, the eye-candy, gaudy villains, and take-over-the-world plots that would make even Machiavelli blush, which is why most of the knock-offs and cash-ins followed suit by taking these notions and ratcheting them up to even more outlandish heights (-- or depths, depending on how you look at these things...) 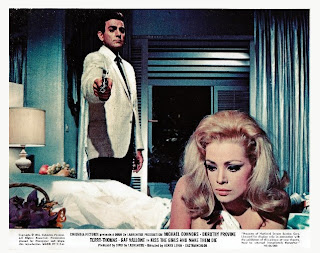 Famed Italian producer Dino de Laurentiis was no stranger to this kind busting-blocks, which is why he co-teamed with Columbia Pictures to rush Se tutte le donne del mondo a/k/a Kiss the Girls and Make Them Die through production and into theaters before the studio's own spy-spoof Casino Royale hit. And those weren't the only two spy pictures Columbia had in the pipe, with the first of Dean Martin's Matt Helm movies, The Silencers, set for release the very same year. Henry Levin was tapped to co-direct with Arduino Maiuri, who also co-scripted the film with Jack Pulman. Levin broke into the business with Cry of the Werewolf (1944) and had recently polished off the slapstick antics of a group of co-eds in Where the Boys Are and shepherded James Mason, Pat Boone and a duck through a Journey to the Center of the Earth. 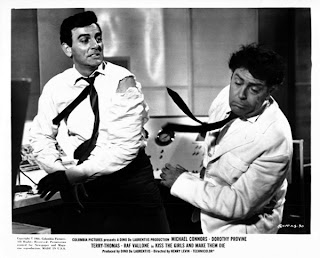 Apparently, Mike Connors was in the running for the Matt Helm role and the studio offered him this as a consolation prize. Connors showbiz career began on the basketball court, playing for UCLA, where William Wellman spotted him, liked his rugged looks and the way he handled himself on the court and encouraged him to give pictures a try. Connors did just that and got himself a contract with MGM, but turns out this hire was only used as leverage to get Farley Granger back on the payroll. And though Connors never did make a picture for MGM a few bit parts for the majors and several big parts for the minors followed (-- most notably a couple of early Roger Corman vehicles for American International, and he even produced a picture for them), but his career never really blossomed until he switched mediums and found success on TV, beginning with Tightrope and another near miss when he almost replaced Raymond Burr as Perry Mason, but, again this was mostly behind the scenes wrangling to speed up contract negotiations with a reluctant Burr. 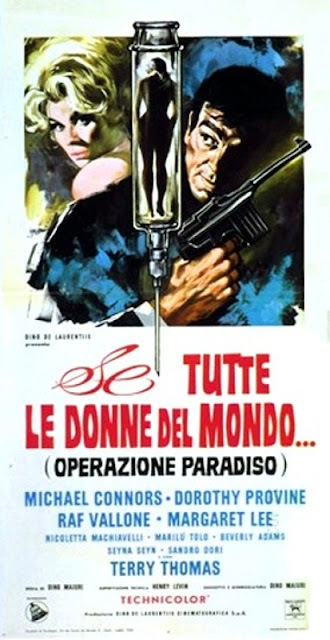 Connors had already co-starred with Dorothy Provine in a couple of those B-pictures. According to legend, the actress was only off the bus for three days before landing the lead in The Bonnie Parker Story, another American International ten-day wonder, followed by Riot in a Juvenile Prison, and then a really, really big role as Lou Costello's wife in The 30ft. Bride of Candy Rock. She did get some traction with several minor roles in a series of Hollywood Blockbuster comedies, including The Great Race, Who's Minding the Mint? and It's a Mad, Mad, Mad, Mad World before she took the role of secret agent, Susan Fleming. 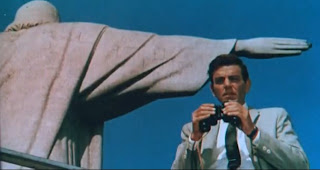 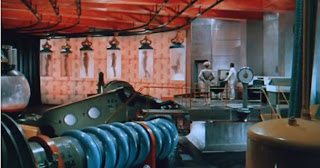 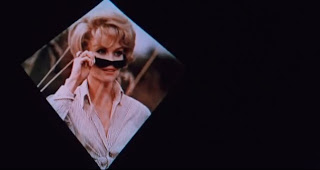 Despite the rush job, Laurentiss spent a lot of money on the picture, with a ton of lavish sets, special effects, wardrobe, and a lot of location shooting in Rome, the Amazon jungle, and Rio de Janeiro, including the famous opening scene at the city's famous landmark, the giant statue of Christ, where Connors had to do his own stunts when the hired stuntman chickened out. In fact, shooting was put on hold for a whole week while the producer took Provine to Europe for a complete makeover. And from what we see in the trailer, it was all money well spent. 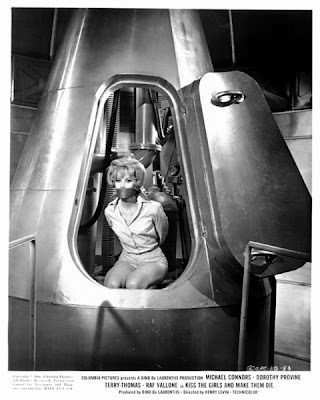 Yeah, and that's all most of us have seen: the trailer, myself included, as Kiss the Girls and Make Them Die has never had an official home-video release in any format. And knowing full well that the film has no chance in hell of living up to that trailer, I still want to see it. And see it, most desperately. I've seen a few clips and the first ten-minutes or so on YouTube but that's it. And that's just wrong. Now, several years ago, I participated in one of those blogathons that asked you to tic off 12 movies that you really wanted to see but hadn't gotten around to yet and this film topped the list. Since then, I've managed to cross all the others off but this film remains maddeningly elusive as all efforts to find even a gray-market bootleg have failed to turn up a print worth the price. *sigh* 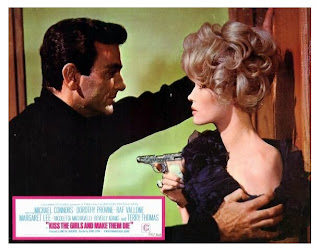 It's not hard to understand why the film is so hard to find. Sandwiched between The Silencers and the royal mess of Casino Royale, Kiss the Girls and Make Them Die kinda got lost in the media blitzes for the star-studded competition and has been wallowing in relative obscurity ever since. After the film was done, de Laurentiis kept on plugging along, teaming up with Maiuri again and Mario Bava for the immediate follow up, Danger: Diabolik!. Director Levin, meanwhile, was given the director's chair for the next two Matt Helm entries, The Wrecking Crew and The Ambushers. And somewhat ironically, 13 years later, the sterilization from space plot of Kiss the Girls... was recycled somewhat blatantly for the latest James Bond entry, Moonraker. (To be fair, though they came out around the same time, but, Agent Fleming, her driver, and her tricked out limo easily bring to mind Lady Penelope and her entourage from Gerry and Sylvia Anderson's Thunderbirds.) As for the stars, just two short years later, Provine retired from the business for good, while Connors returned to the small screen for a little show called...


Video courtesy of Yours Truly.

Yeah, it was while watching and enjoying the hell out of the first season of Mannix -- a season where he worked for Intertect, a season I didn't remember at all, and a season that was Madmen before Madmen was cool -- that got Kiss the Girls and Make Them Die back on my You Really Need to See This Radar. In fact, after losing his first hit series, Tightrope, to studio dickering with the sponsor, Connors almost lost his second over shaky ratings until executive producer Lucille Ball stepped in and saved it. The show went on for seven more seasons, earning several Emmy and Golden Globe awards, making one wonder what else we've been missing. So please, someone, anyone, get this thing out on DVD, BluRay or on a streaming site as soon as possible, won't you? Thank you.

Newspaper ads for Kiss the Girls... at the Morgue.

Poster campaign for Kiss the Girls... at the Archive. 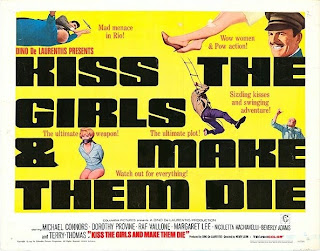 I remember seeing the trailer for this when I was like 10 years old, at the movies, and really wanted to see it.Unluckily for me the flick played on a Sunday and Monday only,and my mom would not allow me to go.Like you,I wonder why this is not on dvd considering some of the dreck that is released.

You're guess is as good as mine. I have five different versions of KING DINOSAUR floating around this place, but this can't get even one release?

Necro'ing the thread to say that i saw the film when it was new.