YouTube Finds :: Gettin' Funky with the Fearsome Foursome on Shindig! (1965) 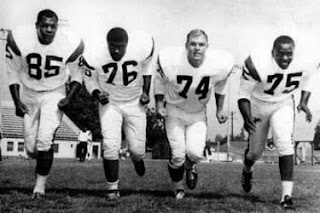 Though they were technically the third incarnation of the dreaded Fearsome Foursome to dominate the Sunday gridirons, the Los Angeles edition (1963-1967) is probably the most notorious -- and I mean that in a good way, both on and off the field. Don't believe me, well, check out their appearance on Shindig:

Video courtesy of nyrainbow5.
That is so awesome I can't even even ... Olsen and Greer went on to quite the career in Hollywood, even Jones showed up in a couple of films, including (quite inexplicably) Charles B. Pierce's The Norseman. But it's their brief musical career that I find most fascinating. The group released one single through Capitol Records, but that's not Greer in the photo. (I believe that's Charlie Cowan.) 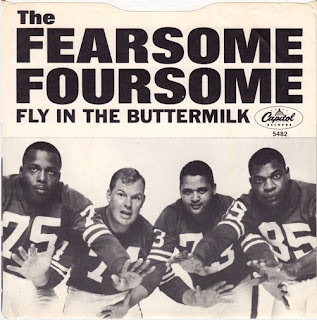 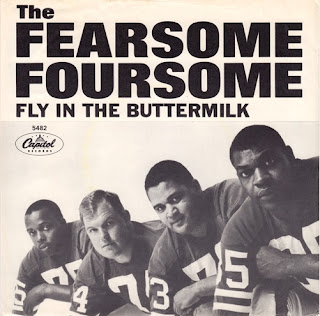 It was released in 1965, so Greer was still with the team, but I have no idea if Greer provided the vocals for this, though everyone on the web seems to think so. I've spun it a few times on YouTube and it sounds like him, but that photo's a definite puzzler so I can't say for sure that it definitely is him. If anyone does know, please sound off. Thanks! 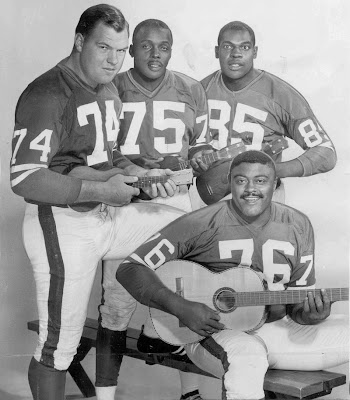