YouTube Finds :: Welcome to the Fear You Can Hear! The CBS Radio Mystery Theater Presents: The Ghostly Game of Death (02.02.1974)

In the business for nearly seven decades, Himan "Hi" Brown produced a staggering 30,000 radio programs during his career (The Adventures of the Thin Man, Dick Tracy, Terry and the Pirates, Flash Gordon, The Inner Sanctum Mysteries). Perhaps his most impressive feat during that span was to somehow convince the brass at CBS to give him an hour of air time in 1974 for the CBS Radio Mystery Theater, a throwback to the audio dramatizations that had basically been out of style since the 1950s when TV came to the forefront. And not only did the show survive but it thrived to the tune of  nearly 1400 episodes broadcast over almost a decade (1974-1982). 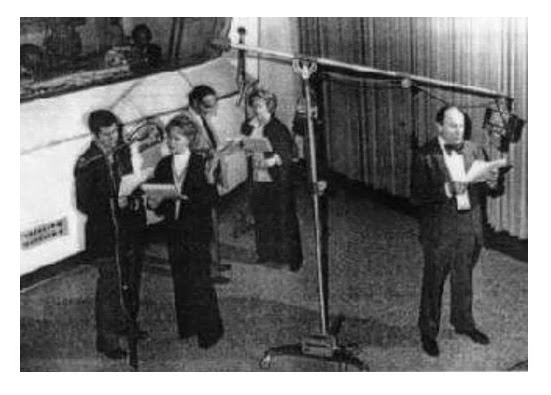 Hosted by E.G. Marshall (except for the last season, when Tammy Grimes took over), and blessed with an amazing opening salvo of creaking doors and buzz-sawing bass strings, Marshall was an ominous presence as he shepherded the audience through each episode, be it mystery, of the macabre, science fiction, literary adaptation, or historical drama. Some stories were better than others, with some pretty amazing guest stars, but fair warning, there is a Scooby-Doo element to a lot of these who and whatdunits. Not all (these are the best) but most -- at least from what I've listened to thus far, meaning the mystery is a lot more entertaining than the resolution. (And "The Ghostly Game of Death" is one of the best episodes encountered from beginning to end.) Despite these hiccups, the execution of each tale is top-notch and well worth a listen, giving your ear and mind's eye a nice work out. 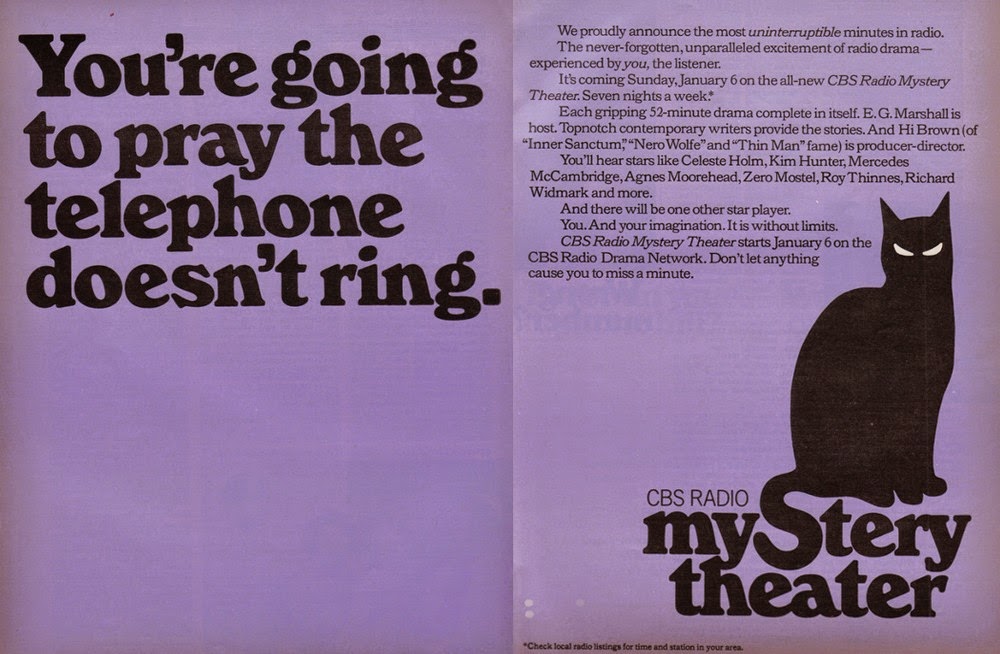 I believe my introduction to this show hearkens back to the first run in the 1970s, a vivid memory of waiting in the car, in the dark, at my grandparents house, while my folks wrapped things up inside. The radio was tuned into KRVN and the radio drama was already in progress but I distinctly remember the theme and the scenario of a female hand being found sticking out of the ground -- a hand attached to a skeleton! [ORGAN STING! BUM! BUM! BUMMMMMMM!] Still haven't found that exact episode, but I shall keep on listening and enjoying until I do. 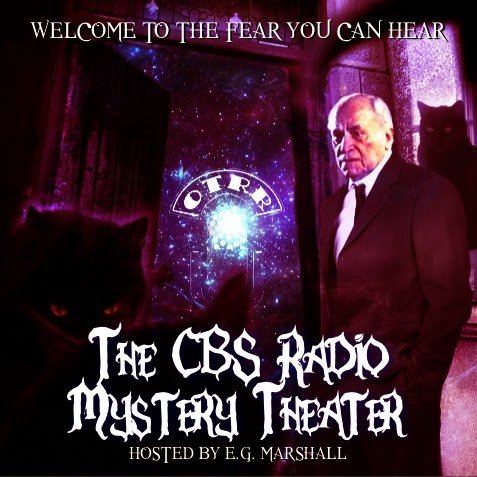